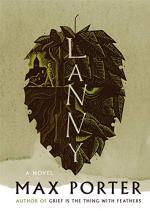 Related Topics
Grief Is the Thing With Feathers

Max Porter
This Study Guide consists of approximately 33 pages of chapter summaries, quotes, character analysis, themes, and more - everything you need to sharpen your knowledge of Lanny.

This detailed literature summary also contains Quotes and a Free Quiz on Lanny by Max Porter.

The following version of this book was used to create this study guide: Porter, Max. Lanny. Minneapolis: Graywolf Press, 2019.

The novel takes place in the modern day, in an unnamed village in the English countryside. Jolie Lloyd and her husband Robert Lloyd live there with their young son, Lanny. Lanny’s age is never stated, but he appears to be about seven or eight years old. Jolie and Robert moved from London to the village after Lanny was born. Robert commutes to London each weekday, as he works an office job in the city. Lanny is enthusiastic, creative, and somewhat eccentric. Robert feels that he has never fully understood or connected with Lanny.

Jolie enjoys Lanny’s company, but she fears that she may not be a very good mother. Jolie used to be an actress, but she is now an emerging fiction writer who has been commissioned by a publisher to write a crime novel. The novel contains much adult material not suitable for children. One of the Lloyds’ neighbors is Peter Blythe, called Pete for short. Pete is a renowned artist, and he moved to the village from London a few years ago. The villagers are unfamiliar with his career, and they call him Mad Pete because they find his artwork strange.

Pete is fairly reclusive, but he forms a friendship with Jolie and agrees to give Lanny art lessons. Pete and Lanny find that they greatly enjoy each other’s company, and they quickly become good friends. Meanwhile, a mythical being named Dead Papa Toothwort lurks near the village. He is essentially an anthropomorphic embodiment of the village and of England. His mind and body evolve as England evolves, and his memories are composed of England’s history as he has observed it. Toothwort finds Lanny fascinating and desires to keep Lanny for himself. One day, Lanny goes missing with no clear cause.

Police investigate, and residents of the village form search parties, but Lanny is nowhere to be found. People suspect Jolie, Robert, and/or Pete of harming Lanny, but there is no evidence, as none of them did. Lanny’s disappearance becomes a national news story and brings much scrutiny upon Jolie, Robert, and Pete. One night, Jolie, Robert, and Pete each awake in the middle of the night and find a strange invitation. The invitations tell them to come to the village’s meeting hall. They do so, and they find Toothwort there. Toothwort makes them each undergo a challenge that relates to their relationship with Lanny. Jolie completes her challenge last, after which she awakes in the forest and finds Lanny, seemingly hurt but alive.

More summaries and resources for teaching or studying Lanny.