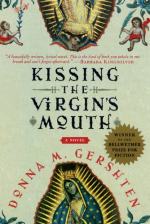 Madga's 'pueblo' or hometown, Teatlán is fictionalized version of real-life coastal city Mazatlán. She spends her childhood there, and it is where she returns to after her second marriage.

After her mild but scandalous relationship with Gordo Chuy Betrán is discovered, Magda goes to Tijuana to work as a dancer. While in Tijuana, she meets her first husband Miguel Angel Aguilar Llosa.

Magda moves to Monterrey after her marriage.

After her marriage to Miguel Angel Aguilar Llosa is annulled, Magda moves to Guadalajara where she works as a courtesan and tour guide.

Magda moves to Moscow, Idaho after marrying Robert, her second husband. She lives there during their marriage.

Villa Union is the pueblo where Chucha and María grow up.