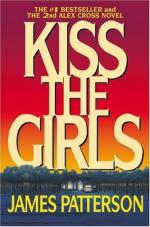 Casanova's hideaway is an underground lair that was formerly used to house runaway slaves searching for freedom on the Underground Railroad. Cross surmises that such a structure was used to hide the girls after speaking to Kate and hearing her description of the "disappearing house." Dr. Freed, a renowned historian, provides Cross with a map of all the old cellars in the area. It is an underground cellar with two levels. The first level holds as many as ten to twelve rooms. The second level below holds only one. Casanova has apparently used the broken down bits and pieces of the abandoned tobacco farm above to construct the rooms below. Not a shred remains of the old farm. This lack of evidence of the old farm leads Cross to suspect that they are close to finding the hideaway.

Kate notes that Casanova's masks are...