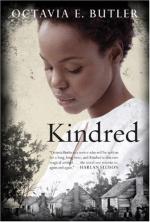 Prior to the publication of her fourth novel, Kindred, Octavia Butler was primarily known only to fans of science fiction. While her first three novelsall part of the "Patternmaster" series received favorable reviews, her work was marginalized as genre fiction. Since the 1979 publication of Kindred, however, Butler's work is known to a wider audience.

The novel focuses on many of the issues found in Butler's fiction: the abuse of power, the limits of traditional gender roles, and the repercussions of racial conflict. The science-fiction elements of the story are limited, however, to the unexplained mechanism that permits a twentieth-century African American woman to travel into the past. Each time Dana Franklin is drawn back into the early 1800s to save the life of her white ancestor, she learns more about the complex nature of slavery and the struggles of African Americans to survive it. The result is a powerful and accessible story that resembles a historical slave narrativebut one told from a modern perspective and in a modern voice.

Butler's exploration of this era has led many new readers to discover her work, from feminist critics to students of African American literature. These individuals have learned what fans of science fiction have long known: Butler crafts some of the most imaginative and thought-provoking fiction today. "In Kindred," Robert Crossley wrote in his introduction to the novel, "Octavia Butler has designed her own underground railroad between past and present whose terminus is the reawakened imagination of the reader."