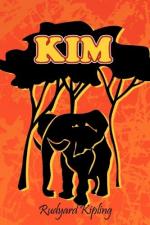 1. Compare Kim with one or two other well-known novels of a young person's education, such as Treasure Island, Huckleberry Finn, or Tom Sawyer.

4. Despite his colonialist thinking about other races and groups different from the white Britisher, Kipling is very much a believer in the dignity of all people. How does he show the innate worth of all people in Kim?

5. Many women appear in Kim. Discuss what Kipling sees as the fundamental role of women in India.