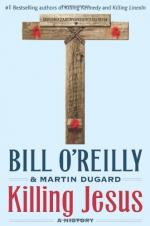 After Jesus’s death, Christians were mocked for worshipping a criminal and his cross, but over time, Christians began crossing their forehead and chest to ward off demons. By the fourth century AD, the cross was viewed with pride as a symbol that Jesus Christ suffered a lowly death for the benefit of all mankind. The crucifix, the cross depicting Jesus still hanging on it, did not become a symbol of Christianity until six centuries after his death, and this lack of representation can possibly be attributed to the Church’s belief in his resurrection, meaning he is no longer on the cross.

Located in Jerusalem, the Temple is the center of Jewish religious culture. Pilgrimages are made to the Temple several times a year for certain feasts, such as Passover, and foreigners are forbidden from entering. The Temple was first built by Solomon...