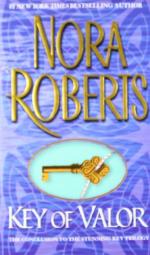 Chapter 1 begins, "Zoe McCourt was sixteen when she met the boy who would change her life" (p. 1).

Zoe was raised by a hardened mother and alcoholic father. When Zoe was twelve, her father took off with another man's wife. Zoe's mother, Crystal, became harder than ever and Zoe became caretaker to the family. In order to make ends meet Crystal opened a beauty salon in her home. Zoe worked there with her on a daily basis while minding the children.

Zoe's family was extremely poor. However, Crystal had skills with hair. Mrs. Marshall, a very wealthy woman in town, often hired Crystal to cut and style her hair. At times, Zoe would go along to perform other services. One night Zoe was hired to serve at a party.

The Marshalls had a son named James. James and Zoe fall in love...