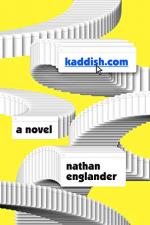 Nathan Englander
This Study Guide consists of approximately 36 pages of chapter summaries, quotes, character analysis, themes, and more - everything you need to sharpen your knowledge of Kaddish.com.

This detailed literature summary also contains Quotes and a Free Quiz on Kaddish.com by Nathan Englander.

The following version of this book was used to create this study guide: Englander, Nathan. kaddish.com. New York: Alfred A. Knopf, 2019.

The novel opens in the year 1999. The protagonist, Larry, is a 30-year-old man from an Orthodox Jewish family. However, as an adult, Larry has chosen to live a secular life. He lives in Brooklyn. His father died recently, and Larry’s sister Dina organized a shivah in her father’s honor. Larry goes to his sister’s house in Memphis to attend the shivah, but he finds the shivah an uncomfortable ordeal. Dina then says that, as their father’s only son, Larry must regularly attend synagogue services and say Kaddish prayers so that their father will be admitted to heaven. Larry, not wanting the undertake this inconvenient responsibility, finds a website called kaddish.com and pays for a Jewish student in Jerusalem to say the prayers as a proxy.

About a year later, Larry suddenly became interested in Judaism. He adopted the Jewish name Shuli, studied Hebrew and Judaism, became a rabbi, obtained a job teaching at a yeshiva, married an orthodox Jewish woman named Miri, and had children. He felt much more fulfilled in his life as a rabbi than in his life as a secular man. However, one day (about 20 years after the death of Shuli’s father) Shuli learns that the father of one of his students recently died. Shuli comforts the student—12-year-old Gavriel. Shuli then realizes that in using the kaddish.com service, he may have permanently given away his religious right to honor, mourn, and remember his father. He becomes obsessed with contacting the website owners and having the agreement reversed. Shuli’s wife, Miri, believes that this fixation may be a symptom of delayed grief for Suli’s father’s death, but Shuli insists that reversing the agreement is imperative to his spiritual fulfillment.

When Shuli sends messages via kaddish.com, he receives no reply. He enlists the help of Gavriel, who is able to track down the ISP address and physical location of the website. The website appears to be based in a yeshiva in Jerusalem, so Shuli travels to Jerusalem and finds the yeshiva. However, the head rabbi at the yeshiva knows nothing of kaddish.com. Shuli eventually learns about a man who goes by the nickname Dudu, who is a donor and regular visitor to the yeshiva. After Dudu visits the yeshiva, Shuli follows him and discovers that Dudu is running kaddish.com from a secret room near the yeshiva. Shuli also discovers that the website is a scam and that Dudu says none of the promised Kaddish prayers. Shuli says that he will tell no one of Dudu’s misdeeds if Dudu gives Shuli full control of kaddish.com. Shuli decides to run the website as a legitimate business, and he also resolves to say all of the Kaddish prayers that Dudu neglected to say for all of the website’s past clients.

More summaries and resources for teaching or studying Kaddish.com.