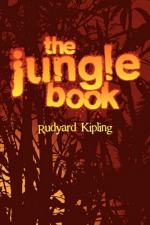 Why do the wolves turn against Mowgli? Why do the villagers?

What is Kipling trying to say about heredity versus environment in his stories about Mowgli? Which is more important, how you were born, or how you were raised?

In what ways is the jungle society depicted in Kipling's stories superior to the contemporary society of man?

What or whom do the Bandar-Log in "Kaa's Hunting" represent?

Why are the other seals reluctant to go to the new summer place that Kotick has found, even though they are told it is beautiful and safer?

Given the time and place in which Kipling wrote the "White Seal," does Kotick being a white seal have any racial significance?

Is "Rikki-Tikki-Tavi" an allegory? If so, who or what do the characters in Rikki-Tikki-Tavi represent?What about Nag and Nagaina, Rikki, and the bird, Darzee?

What is Kipling trying...