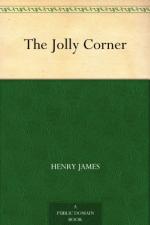 Books Like The Jolly Corner by Henry James | Suggested Reading

Published in 1887, The American is James's third novel. The protagonist, Christopher Newman, is a brash, young American businessman. He travels in Europe, learning about art and European culture. Newman and Spencer offer a fascinating contrast.

James's "In the Cage" is a short story published in 1898. It chronicles the life of an English, working-class woman who works in a telegraph booth. She reads the messages of her upper-class clientele, obsessed by their correspondence and personal intrigues.

The novels The House of Mirth (1905) and The Age of Innocence (1921), written by Edith Wharton, focus on the lives of upper-class American families in the Gilded Age.

The Souls of Black Folk, a collection of essays by W. E. B. Dubois, cuts to the heart of social conflict in the early twentieth century. Published in 1904, the essays record his impressions of living in the North...