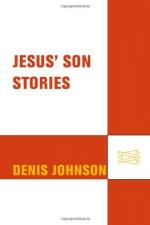 The first part of this story is taken up with a description of the man the narrator says is the second man from "Two Men," whom he says he never described. He encountered this man, who remains nameless, on a west coast ferry, where they struck up a conversation over beer. The man has an Eastern European accent and claims at first to be from Poland, but later says he's from Cleveland, making the playful stories he told about evading the Polish police on his motorcycle something other than pure truth.

The narrator then describes how he went to visit a pair of friends, but wasn't able to get into their apartment. He describes how, on his search for a place to wait for them, he passed a hospital where he saw two men together on a terrace (see "Quotes...

(read more from the Story 8 Summary)