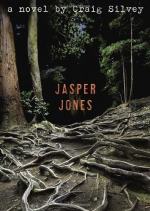 Chapter 4 begins with Charlie telling Jeffrey that he had a dream about The Wizard of Oz. Jeffrey and Charlie have a friendly argument about the different ways in which Dorothy's story could be told. Their conversation changes topics to the cricket game that Jeffrey missed but he states that he didn't miss anything because it rained.

Just then, Charlie goes still when he hears the sound of spotter planes in the distance. Feeling sure they are looking for him, Charlie tells Jeffrey that he is going to home and, when he gets there, he immediately retreats to his room for cover. Several hours later, Charlie hears a tapping at his window and knows that Jasper Jones has finally come back. But when he looks out the window, it's Jeffrey, who is excited about some news from the cricket game.