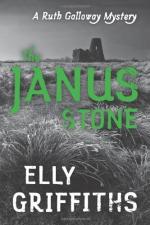 Henningfeld is an associate professor at Adrian College who writes extensively for educational publishers. In the following essay, she discusses the use of the bowl as a symbol of the main character's sexuality in "Janus."

Ann Beattie's short story, "Janus," first appeared in 1985 in the New Yorker. Included in her 1986 short fiction collection, Where You'll Find Me, the story is widely anthologized and frequently cited as one of Beattie's best works.

At first glance, the story seems much like Beattie's other stories. It is limited in character, plot, and scope, focusing on the small details of life. The prose is lean and spare, and there are empty spaces, or gaps, in what Beattie tells the reader. Such gaps require active participation on the part of the reader, who must "read" what is missing in the story.

Yet there are some very important ways that this story is...