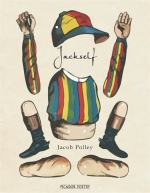 Polley, Jacob
This Study Guide consists of approximately 49 pages of chapter summaries, quotes, character analysis, themes, and more - everything you need to sharpen your knowledge of Jackself.

This detailed literature summary also contains Quotes and a Free Quiz on Jackself by Polley, Jacob.

The following version of this book was used to create this study guide: Polley, Jacob. Jackself. Picador Poetry, 2016.

The book begins with a poem titled “The House that Jack Built,” an introductory piece that follows the cyclical lives of trees through generation after generation until they become the forest surrounding the house of Lamanby, where Jackself resides. It is here in Lamanby and the rural English village it is situated in that the majority of the collection takes place. The infant Jackself is introduced in the second poem, “All Creeping Things.” As a young child, Jackself is both deeply curious and anxious with regard to the world that surrounds him, his developing mind in the constant process of reinterpreting the life he finds himself in.

From a young age Jackself struggles academically and socially, underperforming in school in the poem “Lessons” and being ridiculed and degrade by the other children his age in the poem “Peewit.” He does, however, find solace in exploring the wilderness around Lamanby and connecting with the natural world.

Jackself’s only friend, a brash and outspoken boy named Jeremy Wren, is introduced in the poem “The Goose Shed.” In the ensuing poems, Jackself and Wren go on a series of adventures and share a variety of formative experiences, such as going night fishing in the poem “Nightlines” and sneaking off to drink their first sips of alcohol in “Les Symbolistes.” As Jackself’s relationship with Jeremy Wren grows stronger, he finds himself developing a more stable sense of identity and gaining more confidence in himself and his ability to express himself.

As Jackself grows and matures, however, Jeremy Wren appears to lag behind, resisting the inevitable changes brought about by age much more than Jackself does, as symbolized in the poem “Jack Frost.” As Jeremy Wren’s troubles persist, things come to a head in the poem “Pact,” in which Wren commits suicide by hanging himself. In the poems that follow, Jackself finds himself in a deep state of depression as he attempts to process the grief he feels regarding Wren’s death. In “The Hole” he is unable to accept that Wren is truly dead. Meanwhile, in “Jack O’Lantern” and “Redbreast” he sees the world slowly turning colder and more inhospitable, struggling to figure out how to move on in life without the aid of his best friend.

In “The Misery” Jackself is finally able to confront his grief head on by battling a monster known as the Misery, a confrontation set up for Jackself by Jeremy Wren’s ghost in order to pull him out of his depression. Upon defeating the Misery, Jackself is finally able to accept that Jeremy Wren is dead, after which point he begins to receive visits from Jeremy Wren’s disembodied spirit. These visitations continue for an unspecified period of time as Jackself continues to feel the lasting influence that Wren’s companionship had on his life.

However, eventually the presence of Wren’s spirit begins to fade as Jackself grows older. In the second to last poem, “Tithe,” Wren, who has been dead for months now, has disappeared completely, and when Jackself calls out to him there is no answer. The final poem, “Jack O’Bedlam,” finds Jackself old and tired, resigned to the lofts of Lamanby as he lives out his remaining days as he prepares for his old life to end and for his new one to begin.

More summaries and resources for teaching or studying Jackself .