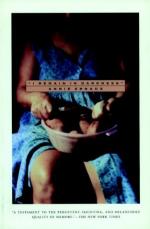 Books Like I Remain in Darkness by Annie Ernaux | Suggested Reading

Annie Ernaux
This Study Guide consists of approximately 41 pages of chapter summaries, quotes, character analysis, themes, and more - everything you need to sharpen your knowledge of I Remain in Darkness.

Ernaux's A Woman's Story (1991), which was translated from Une Femme in 1987, is a novel about the death of a working-class woman as seen through the eyes of her university-educated daughter. Along with the mother-daughter relationship, Ernaux examines class, age, and gender issues.

French writer Simone de Beauvoir's Une Morte Trés Douce (1964), which is translated as A Very Easy Death, recounts the death of her mother in a hospital and addresses the issue of aging.

James Agee's Pulitzer Prize-winning novel A Death in the Family (1957) explores the grief one family feels at the loss of a loved one, as seen through the eyes of a child. Agee wrote this novel as a memorial to his own father.

The best-selling Motherless Daughters: The Legacy of Loss (1994), by Hope Edelman (who lost her mother when she was very young), explores the...

More summaries and resources for teaching or studying I Remain in Darkness.

I Remain in Darkness from Gale. ©2005-2006 Thomson Gale, a part of the Thomson Corporation. All rights reserved.