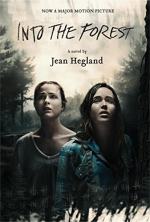 Into the Forest Summary & Study Guide

Jean Hegland
This Study Guide consists of approximately 34 pages of chapter summaries, quotes, character analysis, themes, and more - everything you need to sharpen your knowledge of Into the Forest.

Into the Forest Summary & Study Guide includes comprehensive information and analysis to help you understand the book. This study guide contains the following sections:

This detailed literature summary also contains Quotes and a Free Quiz on Into the Forest by Jean Hegland.

The following version of this book was used to create this study guide: Hegland, Jean. Into the Forest. The Dial Press/Bantam. Bantam Trade Paperbacks Edition. 1998.

Into the Forest is a young adult survival novel by Jean Hegland in which teenaged sisters Nell and Eva endeavor to live on after civilization has collapsed. The novel itself takes the form of an unfolding accounting of their experiences set down in a notebook by 17-year-old Nell at 18-year-old Eva’s recommendation. Much of the novel blends together the present and the past as the girls struggle to adapt to a world that has lost its everyday luxuries, and in which survival itself becomes a luxury. Nell is a very practical, very academic, very careful girl, while Eva is more sensitive, cultured (she is a ballerina), and determined to live in the moment while she can. The girls live alone in their family cabin at the end of a forested mountain road some miles from the nearest town (Redwood) following the death of their mother the previous year from cancer, and the recent accidental death of their father while cutting down trees for firewood.

Early in the novel, both girls seek a return to normalcy. They want to return to the comforts, conditions, and stability of the past. A return to normalcy essentially becomes their reason for living, as the girls ration their food, seek to maintain what they have, and spend time devoting themselves to their previous pursuits. Nell spends her afternoons preparing for Achievement Tests for application to study at Harvard while Eva rigorously practices her ballet routine. But as time passes, and things like the electricity and the internet fail and gasoline runs short, their world rapidly contracts to the point it consists only of one another. A visit from a young man named Eli (whom Nell has romantic feelings for) surprises both sisters. Eli reports that most people in town have either left or died from illness, and that he and several others are preparing to trek to Boston where it is rumored life has resumed as normal. Nell considers joining the expedition, but decides to remain with her sister instead.

Things take a dramatic turn for the worst when Eva is raped by a stranger. Nell soothes Eva as she recovers, only to learn Eva is now pregnant. Eva will not even consider an abortion, determined to have a child and to see that some good comes out of their situation. Eva notes that the baby inside her is his own person, and so deserves life. It is Eva who ultimately recognizes that life will never be what it used to be, and so they had better prepare for life as it is rather than waiting for life as it was. In so doing, Nell and Eva begin to sow crops, can food, and hunt and gather from the forest around them, just as local Indians did many years before. Eva gives birth to a baby boy she names Robert (after the sisters’ dead father) and later discovers the boot prints of a man in the mud near the edge of the forest clearing, obviously staking the place out. Eva decides they should burn their house, and take to living in the forest with everything they can carry.

More summaries and resources for teaching or studying Into the Forest.

Into the Forest from BookRags. (c)2022 BookRags, Inc. All rights reserved.