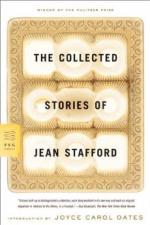 Books Like In the Zoo by Jean Stafford | Suggested Reading

Jean Stafford
This Study Guide consists of approximately 29 pages of chapter summaries, quotes, character analysis, themes, and more - everything you need to sharpen your knowledge of In the Zoo.

Generally recognized as Stafford's finest novel, The Mountain Lion (1947) is the story of a lonely girl who writes fiction and poetry that no one else understands, following her experiences growing up with her brother in California and Colorado.

Jack Kerouac's On the Road (1957) is a classic of Beat literature that follows the radical Dean Moriarty on his quest for thrilling adventures. It was written only five years after "In the Zoo," but it is vastly different in style, theme, and content.

"The Jolly Corner" (1908), by Henry James, is a classic short story of American realism in which a middle-aged man visits his childhood home in New York City after living abroad for many years, finding himself haunted by his past and by what might have been.

More summaries and resources for teaching or studying In the Zoo.

In the Zoo from Gale. ©2005-2006 Thomson Gale, a part of the Thomson Corporation. All rights reserved.