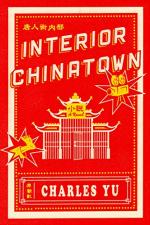 Related Topics
How to Live Safely in a Science Fictional Universe: A Novel

Charles Yu
This Study Guide consists of approximately 41 pages of chapter summaries, quotes, character analysis, themes, and more - everything you need to sharpen your knowledge of Interior Chinatown.

The following version of this book was used to create the guide: Yu, Charles. Interior Chinatown. Pantheon Books, 2020.

Charles Yu's Interior Chinatown is divided into seven acts, and adopts a screenplay-style structure. While the narrative shifts back and forth in time, and moves frequently between second person narrator Willis Wu's staged and lived versions of reality, the following summary follows a traditional linear trajectory.

As a young boy, Willis Wu grows up in Interior Chinatown with his parents, Dorothy and Ming-Chen. Immigrants from Taiwan, Dorothy and Ming-Chen have struggled to survive in American culture since their arrival. Dorothy left her home country after her mother's death, and Ming-Chen ventured to America in an effort to help his family after his father was killed during the White Terror. Despite their tireless efforts to assimilate, Willis's parents found it impossible to find work in their fields, to buy a home, or to pursue a future according to their own desires and aspirations. They moved into the Chinatown SRO Apartments shortly after their marriage, and began working in the Golden Palace Restaurant on the building's ground floor. As a child, Willis remembers listening to his parents' frequent conversations about someday escaping Interior Chinatown.

In the narrative present, Willis attempts burying his own feelings of entrapment, by embracing his assigned roles in the cop show production Black and White. Forever playing roles like Generic Asian Man, Willis is determined to earn the part of Kung Fu Guy. While acting with Impossible Crimes Unit Officers, Sarah Green and Miles Turner, Willis becomes increasingly irritated with how much liberty they have to mess with the script. Because he knows the show is following a templated storyline, he fears breaking out of character. With time, however, Willis soon decides to break through the narrative's rigidly canned parameters. Though Green and Turner are initially surprised, they eventually allow him into the story, using him as their guide into Interior Chinatown, where they are in pursuit of Dead Asian Guy's murderer.

Though he knows that leading Green and Turner into Interior Chinatown is a betrayal of himself, of his family, and of all Asian immigrants, Willis does it anyway. He finds comfort and safety in his costume and role. While in Interior Chinatown with the officers, however, Willis starts feeling guilty. He sees the look of disappointment on his father's face as he plays the invisible role of Old Asian Man cooking at the Golden Palace. He buries these feelings in order to better satisfy his role. Besides, Willis still wants to become Kung Fu Guy. He must, therefore, follow the rules.

Not long later, Karen Lee enters the scene. Willis is immediately taken with her. She is not only beautiful, but engages him outside the confines of the script. They begin a covert dialogue while acting for Black and White. This fun does not last long. Willis is killed off the show shortly after meeting Karen. Though some people think dying on television is not that bad, Willis hates it. He feels completely nonexistent. Even worse, he is not allowed to work again for 45 days after his onscreen death. Though frustrated with this forced work hiatus, the time allows Willis to start getting to know Karen. She is the most authentic person he has ever met, and encourages him to be himself. Their dating grows more serious. Not long after Willis starts working again, Karen announces that she is pregnant. They get married, and start a life in the SRO together.

Though Willis loves Karen and their infant daughter, Phoebe, he is consumed by his career, convinced that he is on the verge of becoming Kung Fu Guy. So when Karen announces she has an opportunity to play the lead in her own show, Willis grows resentful. Though the opportunity would afford the family an ideal exit from Interior Chinatown, Willis insists on staying behind. Karen and Phoebe lead. Willis earns the Kung Fu Guy role a few years later, immediately aware that Karen was right: he is now even more trapped than before. Desperate, he flees Interior Chinatown for Phoebe Land.

While Willis is immediately consumed with getting to know Phoebe, he feels conflicted about her role in the Xie Xie Mei Mei show. For a time, he ignores his feelings and devotes himself to being the star's dad. Restless, he realizes he is just playing another role. Green and Turner arrive shortly thereafter to arrest him.

Willis is then put on trial for his own disappearance. Green and Turner testify against him, accusing him of an inferiority complex. Older Brother, Willis's representation, argues on Willis's behalf. He confronts the ways in which American culture has consigned Asian immigrants to foreigner status for over 200 years. In his statements, however, Older Brother also holds Willis accountable for submitting to this system of oppression. After the jury finds Willis guilty, the judge gives him a few moments to speak. In his monologue, he admits to his mistakes, confessing his longtime obsession with playing the Generic Asian role. This obsession clouded his ability to be himself, and distinguish between performing and living.

After fleeing the court, Willis abandons Kung Fu Guy, and embraces his life with Karen and Phoebe.

More summaries and resources for teaching or studying Interior Chinatown.