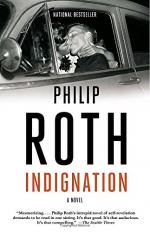 My father became frightened that I would die. Maybe his fear had something to do with the war…Maybe the fear had to do with his financial worries…Or maybe his fear for me began in fear for himself, for at the age of fifty…this sturdy little man began to develop a persistent racking cough.
-- Marcus (Under Morphine)

Importance: Through this piece of narration, Marcus introduces the idea of his father's growing irrational fear. Against reason, his father becomes fearful for Marcus' life, and this fear ironically initiates the series of events that do eventually lead to Marcus' death.

To break up necking sessions, every half hour or so one of the town’s police cars would cruise slowly along the alleyway [of the Owl] with its brights on.
-- Marcus (Under Morphine)

Importance: This description emphasizes the conservative nature of Winesburg College, as enforced by the administration and the local authorities. Marcus' more liberal background clashes with...