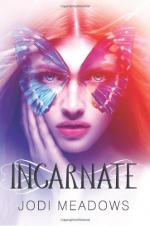 Sine finds Ana at the library alone and wonders where Sam is. They are always together. Ana tells Sine that Sam is resting up. Actually, Ana had insisted that he stay home and rest. Ana asks Sine if she believes in Janan. Sine likes to believe that they are not there alone and tries to maintain a belief in him. Sine tells Ana that everyone is able to feel the heartbeat in the walls. It is what makes her maintain a belief in Janan. To Ana the pulsating wall is eerie.

Sine had known Li in another life when she had battled dragons. "Li has always been formidable" (pg.198). Ana asks about Menehem. Sine says he was a brilliant chemist. Sine tells Ana that she looks like her father and possesses her mother's fierceness and her father's intelligence. Sine...

(read more from the Chapters 17 and 18 Summary)