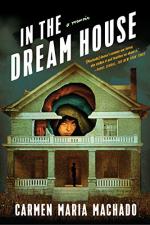 Related Topics
Her Body and Other Parties

Machado, Carmen Maria
This Study Guide consists of approximately 61 pages of chapter summaries, quotes, character analysis, themes, and more - everything you need to sharpen your knowledge of In the Dream House.

In the Dream House Summary & Study Guide includes comprehensive information and analysis to help you understand the book. This study guide contains the following sections:

This detailed literature summary also contains Topics for Discussion on In the Dream House by Machado, Carmen Maria.

The following version of this book was used to create this study guide: Machado, Carmen Maria. In the Dream House. Minneapolis: Graywolf Press, 2019.

In the Dream House is a combination memoir and study in queer theory, as the author discusses her own experience in an abusive relationship and the general lack of information available on queer abusive relationships in scholarship, literature, and media. She refers to this lack as “archival silence” (4).

Machado was living in Iowa City circa 2011-2012, attending the Iowa Writer's Workshop for her MFA and living with a couple named John and Laura. She met her future abuser, whom she refers to often as “the woman from the Dream House” (10) through a friend of a friend. Machado was immediately attracted to the woman, and felt fortunate that her feelings seemed to be reciprocated. They began dating, though the woman was also involved with someone else, a woman named Val who lived in New York. Machado was relatively inexperienced with dating, and also felt lucky to have the attention of the woman from the Dream House because she believed she was inherently less attractive to others because of her weight.

The woman planned to move to Bloomington, Indiana to attend graduate school, and Machado accompanied her and Val there to look at houses, as Val planned to move in with her. They all agreed on the home Machado refers to as the Dream House. However, shortly thereafter, the woman told Machado she wanted to be exclusive and broke up with Val. Machado interrupts her story to evaluate the trope of the queer villain in media, arguing that there is a place for queer villainous characters, as long as these are not the only representations of queer people in the media.

Machado and the woman went on a road trip along the east coast, ending in Florida where she met the woman's parents. Machado had already been berated and insulted by the woman a few times, but in Florida, the abuse went to the next level, as the woman grabbed her by the arm hard enough to leave a bruise. Machado recalls the story of Bluebeard, the folkloric character known for murdering his wives.

In Part II, Machado helped the woman move into the Dream House and began driving there from Iowa City every other weekend to stay with her. The abusive behavior continued; Machado's girlfriend screamed at her after a Halloween party and then drove erratically home from another trip to the east coast, refusing to give up the wheel. In this instance, Machado thought she was going to die. She interrupts to discuss the movie Gaslight (1944), one of the most well-known examples of psychological abuse in media, drawing an obvious connection between the plot of this film and her own life. Machado began to feel sick constantly from the anxiety the abuse instilled in her.

In Part III, she recalls another disturbing incident in which she fought with her abuser after a night of bowling. The woman screamed at Machado and threw things until Machado fled into the bathroom and locked the door behind her. When she finally emerged from the bathroom, crying, her abuser asked her why she was upset, seemingly having no memory of the fight that had just occurred. This incident is repeated almost exactly a short time later—Machado's abuser insisted on driving home after a night of drinking, screamed at her in the Dream House, and when Machado locked herself in the bathroom again, her abuser once more seemed to not recall the argument. Machado was further troubled by the fact that she felt like she could talk to no one about the abuse, and that there was a general lack of resources available to her as a queer victim. She discusses a few historical legal cases involving queer abuse, including a more recent incident in which a woman named Debra Reid was convicted of murdering her abusive lover. While many women who murder an abuser receive a light sentence or early parole, this was not the case for Reid, and Machado believes this was because of her sexuality.

In Part IV, Machado's abuser told her she planned to apply to the Iowa Writer's Workshop. Shortly thereafter, she also told Machado she was in love with someone else. Despite the abuse, the breakup was very hard on Machado—she cried constantly and the two got back together and broke up again repeatedly. Her roommate John was very supportive and helped her resist taking phone calls from her abuser. On a trip to the west coast, Machado met Val, who was staying in Los Angeles, and the two drove back east together. Machado talked to Val about her abusive relationship with the woman from the Dream House, and many other topics, and they began to grow close. Eventually, they began dating, and years later they were married.

In Part V, Machado reflects further on the lack of queer stories of abuse, and also notes that many people in her social circle did not believe her when she told her own story about the woman in the Dream House. She also recalls visiting her grandfather's childhood home in Santa Clara, Cuba, and learning that her grandfather once said “go f—k yourself” (237) to a wealthy man that was taunting him. Machado imagined saying this phrase to her former abuser. In the epilogue, she recalls writing her book in the Oregon desert and watching forest fires blaze on the horizon. She imagined talking to her former self, the victim, and telling her that “it's all right, it's going to be all right” (242).

In the Afterword, Machado provides resources on abuse in queer relationships for those seeking further information on this topic.

More summaries and resources for teaching or studying In the Dream House.

In the Dream House from BookRags. (c)2022 BookRags, Inc. All rights reserved.