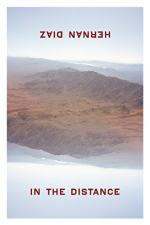 In the Distance Summary & Study Guide

Hernan Diaz
This Study Guide consists of approximately 34 pages of chapter summaries, quotes, character analysis, themes, and more - everything you need to sharpen your knowledge of In the Distance.

In the Distance Summary & Study Guide includes comprehensive information and analysis to help you understand the book. This study guide contains the following sections:

This detailed literature summary also contains Quotes and a Free Quiz on In the Distance by Hernan Diaz.

The following version of this book was used to create this study guide: Diaz, Hernan. In the Distance. Minneapolis: Coffee House Press, 2017.

The novel is set in the mid-1800s, and it opens with a prologue that takes place near the end of the narrative. Håkan Söderström, a Swedish immigrant, is working on a freight ship in the waters near Alaska. He sits down one day to tell the other crew members his story. The narrative then shifts to the beginning of the narrative. Håkan is born in Sweden, where he lives with his parent and his older brother Linus. One day, following a severe famine, Håkan and Linus are sent by their parents to go live in New York. However, in Portsmouth, England, they become separated, and Håkan accidentally boards a ship headed for California. Håkan is in his early teens when he arrives in California. He joins a family of miners—the Brennan family—to mine for gold so he will have enough money to travel east to New York. However, the tyrannous woman who rules the nearby settlement of Clangston takes Håkan captive and uses him as a slave.

Håkan eventually manages to escape from Clangston on foot, but he eventually passes out in the wilderness. He is rescued by John Lorimer, a naturalist who is exploring the American wilderness in search of fossils and undiscovered species. Lorimer teaches Håkan about biology and evolution. Lorimer also teaches Håkan various survival techniques, as well as basic principles of medicine and surgery. Eventually, Lorimer gives Håkan a horse so that Håkan can continue eastward on his own. Unfortunately, the horse soon becomes fatally ill, and Håkan has no choice but to kill the horse in order to put it out of its misery. Håkan continues east on foot and eventually encounters a caravan traveling west. The caravan’s leader, Jarvis, offers to give Håkan a horse if Håkan agrees to be Jarvis’ bodyguard for a few weeks. Håkan agrees. However, Håkan soon becomes aware that there is tension between Jarvis and other members of the caravan, as Jarvis has promised them parcels of land that may not actually exist.

One day, the caravan is attacked by outlaws who claim to be acting in the name of a religious organization called the brethren. Håkan kills several of the attackers, and the other attackers flee. However, the attackers manage to kill several caravan members before fleeing. Håkan travels east and eventually comes to a small city. Apparently, rumor has spread that Håkan is responsible for all of the deaths that took place on the day of the caravan attack. A sadistic sheriff arrests Håkan and bring him east to stand trial. However, a deputy named Asa helps Håkan escape. Asa believes Håkan’s truths about what happened on the day of the caravan attack. Asa is kind and compassionate, and he says that he and Håkan will travel west and take a boat from California to New York. However, one day, Asa is killed by a group of riders, and Håkan flees into the wilderness.

Håkan lives alone in the wilderness for years. However, one day, he is discovered by a group of soldiers of the Civil War. The soldiers say that the war recently ended. They try to force Håkan into joining their newly formed criminal gang. Håkan escapes and returns to California. There, a compassionate man named Captain Altenbaum gives Håkan a position on a freight ship that Altenbaum owns. The ship sails to Alaska. At the end of the novel, Håkan decides to walk east over the land and frozen water, with the ultimate goal of returning to Sweden.

More summaries and resources for teaching or studying In the Distance.

In the Distance from BookRags. (c)2022 BookRags, Inc. All rights reserved.