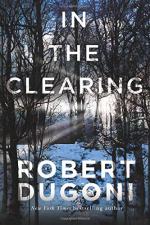 In the Clearing Summary & Study Guide

Robert Dugoni
This Study Guide consists of approximately 60 pages of chapter summaries, quotes, character analysis, themes, and more - everything you need to sharpen your knowledge of In the Clearing.

In the Clearing Summary & Study Guide includes comprehensive information and analysis to help you understand the book. This study guide contains the following sections:

This detailed literature summary also contains Quotes and a Free Quiz on In the Clearing by Robert Dugoni.

The following version of the book was used to create this study guide: Dugoni, Robert. In the Clearing (Tracy Crosswhite), Thomas & Mercer, Seattle, 2016. Kindle AZW file.

In the Clearing, by Robert Dugoni, is the third novel in The Tracy Crosswhite Series.

Tracy Crosswhite is a Seattle detective who is very good at her job. She has several successes to her credit and is respected among her peers. She becomes involved in a domestic disturbance-turned-murder in Seattle that seems to be an easy case to close. Angela Collins says she shot Tim, her estranged husband, in self-defense while he was beating on their son, Connor. Tracy sees that the superficial evidence supports Angela's claims. However, soon there are problems with Angela's story. A short time later, Connor arrives at the police station and confesses to killing his father, though he also claims self-defense. While Tracy, her partner, and others involved in the case begin to follow the clues, Tracy becomes caught up in another case.

In 1976, Buzz Almond is a deputy sheriff in Klickitat County, several hours from Seattle. He answers a call from Earl Kanasket, who says that his daughter Kimi has not returned home from work. Kimi is a senior in high school. She is intelligent, runs track, and is planning for college the following fall. Buzz pledges to find Kimi. However, on the next day, he has to tell Earl the news that Kimi is dead. While other officials rule the death a suicide, saying Kimi was heartbroken over a recent break up, Buzz is skeptical. He begins to look into the details of Kimi's life and is convinced she did not commit suicide. He checks in with her recent boyfriend, Tommy Moore, before turning his attention to a local football hero, Eric Reynolds. Buzz finds the place that Kimi was originally run down and creates a file of evidence. When he tries to talk to the detective who investigated Kimi's death, he finds the man is completely unwilling to consider that Kimi was murdered. When he takes it to his own supervisor, he discovers that his career may come to an abrupt end if he continues to insist on an investigation. Buzz has a wife, two daughters, and another child on the way. He reluctantly accepts that he has a responsibility to his own family and drops the case. He apparently never stops thinking about it, though, and keeps a detailed file in his home office.

Forty years pass, and Buzz dies of cancer. Tracy is among those who attend the funeral because she is friends with Buzz's daughter, the current sheriff, Jenny Almond. After the funeral, Jenny asks Tracy to take a look at the file she found in her father's desk. Tracy takes an unofficial look and comes to the same conclusion Buzz had – that Kimi's death was at least suspicious. She calls on experts in various fields to help her piece together the clues that Buzz had meticulously accumulated before being shut down, and learns that Kimi was struck by a car but was still alive when she was thrown into the river. Tracy begins to follow Buzz's clues, adding what she learns along the way, and finally confronts Eric Reynolds. Eric seems to be a successful businessman, but he has lived with the guilt of his crime for 40 years and is ready to pay for his role in Kimi's murder. What he does not know until Tracy puts the entire story together, is that he left Kimi lying on the ground in the clearing, severely injured but alive. Eric's father, Ron, had taken Kimi to the river and thrown her in to drown, all in an effort to ensure that Eric had the bright future Ron imagined for him.

Tracy's view of how Ron treated his son prompts her to give the current case in Seattle another look. Armed with a new theory of how Tim Collins died, Tracy sets the stage for Angela to again talk to police, allowing Connor to watch. When Connor sees that his mother is willing to let him take the blame for Tim's death, he tells the truth about what happened, including that Angela had plotted Tim's murder and had dragged him into helping cover up the crime with a story of self-defense.

More summaries and resources for teaching or studying In the Clearing.

In the Clearing from BookRags. (c)2022 BookRags, Inc. All rights reserved.