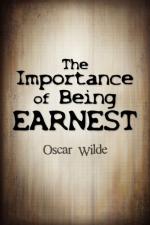 The Importance of Being Earnest Symbols & Objects

The handbag is a simple carrying case in which Jack was discovered as an infant. It is used to great comedic effect throughout the play, as when Lady Bracknell expresses horror over Jack's having been discovered in it. It turns out to have once belonged to Miss Prism, who misplaced Jack in it when she accidentally put her manuscript in the infant's carriage. The handbag is also a method by which the author can poke fun at family relations in general. Bracknell, for instance, vaguely suggests that Jack is related to the handbag and fears that Cecily is related to it as well.

This is still a very popular format today, known more commonly as a trilogy. Miss Prism reveals that she once wrote a three-volume novel only after Cecily insults them as form of art. This format is mocked throughout the...

The Importance of Being Earnest from BookRags. (c)2023 BookRags, Inc. All rights reserved.