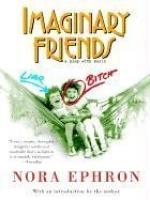 Muriel Gardiner, a psychoanalyst, is called to the imaginary witness stand in the play and suggests that she is the real Julia that Hellman wrote about in Pentimento. Muriel serves two purposes in the play: to support McCarthy's point that Hellman's story about her relationship with Julia is fabricated, and to psychoanalyze McCarthy and Hellman.

Dashiell Hammett was McCarthy's long-time companion and, she claims, lover. He appears as one of his characters, "Nick," in the film he wrote, The Thin Man, speaks a few lines, and then falls off a barstool, obviously drunk. By having him speak dialogue from the film, Ephron suggests that McCarthy may be right in her claim that Hellman had fabricated her account of her relationship with him.

Ephron explains Hellman's devotion to fabrication through an examination of her past, concluding that Hellman was traumatized by seeing her father's...