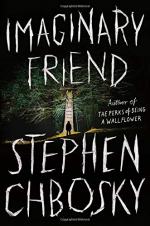 In Chapter 27 the town contends with the disturbing news that the skeleton of a child has been discovered buried in the woods. Characters have different emotional responses; Mary Katherine is disturbed and grief-stricken, and feels guilty for having teenage preoccupations like getting into college and reluctance about working at the senior care facility.

Mrs. Collins feels a self-righteous anger at the type of parent who could have allowed such a thing to happen to their child. Mr. Collins is outraged that the sheriff has declared the woods an active crime scene, bringing his construction project to a halt. The chapter ends in Mrs. Keizer’s perspective as she remembers something important: “We’ll die on Christmas Day” (149).