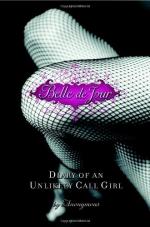 Ann Beattie
This Study Guide consists of approximately 26 pages of chapter summaries, quotes, character analysis, themes, and more - everything you need to sharpen your knowledge of Imagined Scenes.

"Imagined Scenes" by Ann Beattie first appeared in the Texas Quarterly in the summer of 1974 and was later published in Beattie's 1976 collection, Distortions. Although the original Doubleday edition was out of print as of 2004, the collection was reissued in 1991 by Vintage.

"Imagined Scenes" is the story of an unnamed young wife who cares for an elderly man at night while her husband studies for his Ph.D. oral examinations. While she is out of the house, her husband appears to be entertaining guests or going out himself without revealing his whereabouts to his wife.

In "Imagined Scenes," Beattie explores the fragmentation of contemporary life. Her narrator's sleep-deprived imaginings, as well as the elderly man's stories, compete with the "reality" of their lives. The story has the style, images, and ambiguous ending that are hallmarks of Beattie's writing. Beattie's flat prose and attention to minutia create a world comprised of detail and of gaps, leaving the reader to puzzle out which of the scenes are the imagined ones.

More summaries and resources for teaching or studying Imagined Scenes.

Imagined Scenes from Gale. ©2005-2006 Thomson Gale, a part of the Thomson Corporation. All rights reserved.