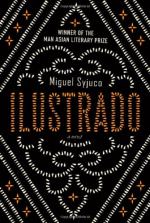 This detailed literature summary also contains Quotes and a Free Quiz on Ilustrado by Miguel Syjuco.

The following version of this book was used to create the guide: Syjuco, Miguel. Ilustrado. Penguin, 2010.

Miguel Syjuco's novel is divided into ten chapters, in addition to a prologue and an epilogue. The novel is primarily narrated in the first person in the present tense by the protagonist, also named Miguel Syjuco. For ease of analysis, throughout this guide the author of the novel will be referred to as "Syjuco," while the fictional protagonist will be referred to as "Miguel." Miguel is an aspiring Filipino writer in his thirties who is estranged from his grandparents, and who was orphaned at a young age as his parents were killed for political reasons.

The novel's prologue, signed and dated by Miguel on December 1, 2002, describes the life and unexpected death of Crispin Salvador, Miguel's mentor and professor. Crispin was a prolific, famous, and controversial figure in the Philippine literary scene. He was found dead in the Hudson river in New York. Most consider Crispin's death a suicide. However, Miguel is convinced that Crispin was killed to prevent him from publishing his unfinished manuscript The Bridges Ablaze, which was expected to be an exposé of Philippine political corruption. The majority of the manuscript itself was missing, but after Crispin's death a page with several names on it was discovered, including well-known literary and political figures and a mysterious Dulcinea. The prologue introduces the premise of the novel, which is that Miguel intends to write an account of Crispin's life in order to present a clear, factual biography for the reader.

To begin his research, Miguel decides to search for Crispin's lost manuscript. He flies to Manila in an attempt to meet the people mentioned in the page from Crispin's manuscript, especially Dulcinea. Throughout the novel, Miguel's narration is interrupted by excerpts from other sources, including: newspaper articles and blog posts about ongoing events in the Philippines, Crispin's novels and autobiography, old interviews with Crispin, Miguel's in-progress biography of Crispin, and an ongoing joke highlighting class inequality in the Philippines. There is also an unnamed third person omniscient narrator, whom we later learn is Crispin himself, who occasionally narrates the main plot of the novel. These different voices are marked by a change in font: Crispin's writing is in a different font from Miguel's narration, and the third person narration is in the same font as Crispin's writing but italicized. The newspaper excerpts, interviews with Crispin, and blog posts are also all printed in different fonts.

Upon his landing in Manila, Miguel sees a factory explode. He also overhears passengers talk about Wigberto Lakandula, a worker in Saudi Arabia whose girlfriend, a maid for a rich couple, was killed by her employers because her negligence led to the death of the couple's child. Lakandula is revered as a popular hero and becomes a teenage heartthrob for swearing vengeance against the Changcos. Through overheard conversations, Miguel also learns that the factory that exploded was run by PhilFirst, a major corporation whose factories frequently experience such 'accidents' due to corporate negligence. PhilFirst is able to continue operating despite the poor working conditions and environmental impact due to political corruption and bribery.

Miguel interviews Crispin's sister Lena, who reveals that Dulcinea is Crispin's illegitimate daughter. She suggests that Miguel see Miss Florentina, an old family friend. Miguel returns to Manila after interviewing Lena and goes to a club, where he meets his old friends from college and begins to take cocaine again. Later, he goes to a book launch in an attempt to meet key figures in the Philippine literary scene to find out more about Crispin's life and death. There he does not receive any useful information about Crispin or his manuscript, but he does meet Sadie Gonzales, a Filipina woman in her twenties to whom he is instantly attracted. Sadie's mother is also a fan of Crispin's work, and could have useful information for Miguel in his quest for information.

Sadie invites Miguel to dinner at her parents' home. The dinner goes poorly, and Miguel does not learn anything useful. The next day, he goes to visit Miss Florentina, who tells him where he can find Dulcinea. Miguel then goes to a theater where he expects to find Marcel Avellaneda, a major political blogger and an old friend of Crispin's. However, Marcel does not arrive for their scheduled meeting. Miguel then goes out to a club with Sadie. That night, a typhoon hits Manila, leading to major flooding. Sadie and Miguel try to drive to Miguel's hotel, but their car is stranded on the way in the floodwaters. Sadie and Miguel stay inside the car until Miguel sees two children floating on an ice cream truck in the floodwaters. He climbs out of the car in an attempt to reach them, but slips into an open manhole and dies.

Miguel's death occurs in Chapter 8. From Chapter 9 onwards, the novel is only narrated in the third person, with a few excerpts from Crispin's novels in Chapter 9. Crispin's third person narration splits into two narrative voices. In the first, Crispin's third person narration becomes a first person narration, and Crispin describes his feelings about Miguel's death. In the second voice, Crispin narrates Miguel's life as though he survived his fall into the manhole. At the end of Chapter 10, however, these two voices converge, as the second voice describes Miguel flying to Isla Dulcinea to conclude his quest for Dulcinea and Crispin's manuscript. Miguel finds the island, but Dulcinea is not there and the manuscript boxes are empty. Instead, he finds a beautiful house which represents his paradisal afterlife.

The epilogue is narrated entirely by Crispin in the first person. In Crispin's narration, he remembers a morning in February, presumably the February before the events of the novel, when Crispin received news of Miguel's death. Miguel and Crispin were not close, but Crispin fixated on Miguel's death, leading him to write a novel about Miguel. Thus, it is made clear that the entirety of the novel prior to the epilogue was written entirely by Crispin, as a way to cope with Miguel's death.