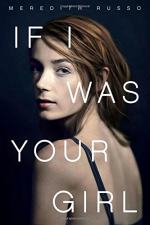 If I Was Your Girl Summary & Study Guide

If I Was Your Girl Summary & Study Guide Description

If I Was Your Girl Summary & Study Guide includes comprehensive information and analysis to help you understand the book. This study guide contains the following sections:

This detailed literature summary also contains Quotes and a Free Quiz on If I Was Your Girl by Meredith Russo.

This study guide was created using the following version of this book: Russo, Meredith. If I Was Your Girl. Flatiron Books. 2016.

If I Was Your Girl tells the story of Amanda Hardy, a teenage girl who goes to live with her father in Lambertville after she is brutally attacked in a mall bathroom. Amanda wants a fresh start, having suffered severe bullying after coming out as transsexual.

When Amanda arrives in Lambertville, she has already fully transitioned. She starts a new high school and befriends a group of popular girls, Anna, Layla, and Chloe, as well as Bee, an openly bisexual student at the school. Amanda and Bee form a close bond, and Bee is the first person in the new school with whom Amanda shares her past.

Amanda begins dating Grant, a popular football player. The two gradually fall in love, and Grant takes her to meet his family. Amanda is the first girl that he has ever brought home. Embarrassed about his family being poor, Grant works multiple jobs in order to help his family survive. As Amanda and Grant grow closer, she decides she wants to tell Grant about her past. When she tries, she fails. She decides to write him a letter, explaining everything. When Amanda gives Grant the letter, he tells her that nothing she could tell him will change the way he feels about her. He ends up burning the letter.

While Amanda’s father has repeatedly cautioned her about trusting people, especially boys, Amanda defends her relationship with Grant. When Grant asks Amanda to homecoming, she is delighted to say yes. Amanda and her girlfriends have fun shopping, and the girls nominate Amanda for homecoming queen.

The night of the homecoming dance arrives, and Grant and Amanda are having a lovely evening. When Amanda encounters Bee in the ladies’ room, Bee is drunk. Bee confesses her feelings for Amanda and kisses her. When Bee’s advances are rejected, Bee goes out into the dance and reveals to the school that Amanda was born a boy.

Devastated, Amanda leaves the dance. Grant goes after her, but he does not know what to say or do. Amanda decides to walk home alone, but she is taunted by Parker, one of the other football players. He knocks her down in the brush and attempts to sexually assault her. The assault is interrupted by Chloe and Layla, who take Amanda home.

Amanda’s dad sees her black eye and goes after Grant, thinking that is who hurt his daughter. Amanda and her girlfriends follow Amanda’s dad to Grant’s house and witness the confrontation between them. Grant’s mother threatens to call the police. Amanda leaves with her dad and friends.

Amanda goes back to her mother’s house in Atlanta and decides that she wants to finish out the school year back in Lambertville. Her parents agree, and Amanda returns to school. She is welcomed by her friends. When Amanda gets the chance to talk to Grant, she decides she will tell him everything. As he listens, neither know what the future holds for them together.

If I Was Your Girl from BookRags. (c)2022 BookRags, Inc. All rights reserved.