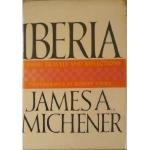 This detailed literature summary also contains Topics for Discussion and a Free Quiz on Iberia: Spanish Travels and Reflections by James A. Michener.

Iberia is a book about Spain as experienced by the writer James Michener. He recounts all of his memories, from the first time he set foot in the country, experiencing and unraveling Spanish stereotypes, and socially analyzing the way that Spaniards live their daily lives. Most every story that he tells has a purpose, though the meaning in some may seem obscure at first, he always ties everything back to the root of the it all: why Spain is the way it is. It the first chapter, the reader is introduced to the harsh life of rural Spaniards and not the Spain that everyone thinks of. There are no castanets in Teruel, rather a harsh reality that is covered by the stereotypes clad with flamenco dancers, bullfighters, and paella. The narrator then goes on to explore different cities, and throughout explains different memories taken from different walks of his life through the country.

The next two chapters are about Badajoz and Toledo, two completely different places that cannot be compared. Badajoz is in the region of Extremadura. Extremadura is where all of the conquistadors came from. Their audacity and ravenous nature is directly attributed to the harsh land that they came from. Anyone that comes from such a cruel place is bound to be cruel himself. The narrator talks about his experiences here and reveals his sadness at how untouched this region was by the wealth that came over from the New World that their own people brought over. Toledo, on the other hand, is a city that never lacked wealth. Its geographical position made it difficult for invaders to penetrate and this fortress of a city was well protected for many centuries. It housed many different cultures and religions. Here Christians, Jews and Muslims lived simultaneously with no problems for centuries. This happened in other places throughout Spain, such as in Granada, but it all came to a halt when Isabel the Catholic and Fernando came to power and eradicated all the Jews from the country and did the same with the Muslims.

The next two chapters are about Cordoba, one of the great Muslim influenced cities, and Las Marismas. The narrator goes to Cordoba first instead of Granada, because he wanted to experience Muslim Spain in a different way. Where everyone went to Granada, not too many made it to Cordoba which was actually the stronghold and more important of the Muslim cities in Spain. His reaction to the city was quite negative, and it takes him a while to warm up to the place. Las Marismas is a wetland region where the famous Concha Bulls are bred. He loves the place immediately and experiences Spanish nature at its best. Though the Spaniards are not doing much to preserve the wetlands, and he knows that they won't last for much longer despite the strong northern European push for conservation.

Sevilla and Madrid are next, two of Spain's finest and most important cities. Sevilla is probably the most enchanting city in Spain. The narrator was lucky enough to visit Sevilla during Holy Week and experiences amazing religious processions that date back to the seventeenth century. Madrid, the capital of Spain, is important because of its history and its power. The city was never thought of much before it became the capital, but it is an average international capital with so many people from all around the world. The city is clad with professionals and intellectuals that help the narrator through his long journey through the country.

Salamanca and Pamplona are then introduced. Salamanca has the finest plaza mayor in all of Spain. While it used to be one of the more important cities, it fell into the control of religious fanatics that slowly deteriorated the city. It used to be the hub of intellectual life and the University of Salamanca was one of the best universities in Europe. Then it stopped accepting Jews, stopped teaching hard sciences and mathematics and registration dropped by over seventy percent. The university then became a type of finishing school for people with titles only and when the narrator was visiting Spain, only large titled families sent their kids to the University. In Pamplona, he takes the reader through the famous running of the bulls and more about the town of Pamplona that isn't usually talked about.

Barcelona is the city that everyone wants to go to and is the essence of Catalan life. It is so different from the rest of Spain that the narrator is enchanted by it, though he says that people should only take the essence of Barcelona in moderation. He then talks about the bulls of Spain and recounts more of his experiences at bullrings. He finishes his book by talking about the famous pilgrimage of Santiago de Compostella and how it is a life altering experience. Spain is a beautiful country that needs to be experienced, though a common mistake is expecting a perfect experience of one particular place in Spain. This never happens, but what does happen is a plethora of different encounters that make the trip worthwhile.