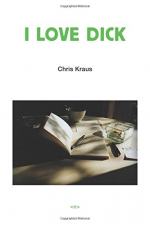 Chris Kraus
This Study Guide consists of approximately 40 pages of chapter summaries, quotes, character analysis, themes, and more - everything you need to sharpen your knowledge of I Love Dick.

This detailed literature summary also contains Quotes and a Free Quiz on I Love Dick by Chris Kraus.

This study guide was created using the following version of this book: Kraus, Chris. “I Love Dick.” Semiotext(e). 2006.

I Love Dick is an epistolary novel told primarily from the perspective of Chris, an experimental film maker, who is married to Sylvère, an academic. While Sylvère is in California for a writer’s residency, the couple connects with Dick, a cultural critic who hosts the residency.

Chris and Sylvère’s marriage has stagnated and the evening that they spend with Dick rejuvenates the couple. Chris perceives Dick as flirting with her and she begins to fantasize about Dick. She begins writing him letters and soon Sylvère is writing letters as well. Their passion reignited, Chris begins to think she is in love with Dick.

The couple continues to write to Dick without sending the letters. They imagine his response. They try calling him and Dick remains elusive. While they continue to write more letters, they begin to think that there may be a book in the letters and suggest to Dick that they collaborate on a book together.

Dick tells them he will consider the offer, but continues to remain elusive. Chris develops an obsession with Dick, which leads to her leaving Sylvère. Chris begins to write to Dick in the form of academic essays. She wants Dick to see her in an intellectual light and love her as well.

Chris travels across the country to be with Dick and Dick does not understand why she is fixated on him. When Chris asks Dick for sex, he replies that she does not know him. Chris has created an ideal of Dick in her mind.

As Chris continues to write to Dick, she begins to explain how men have treated her in the past. She is not classically beautiful and recognizes harshness in her personality. She wants to explain to Dick the ways in which he has hurt her in similar ways that the men in her past have.

Chris’ letters begin to explore the themes in her work. She writes about how feminism is evolving and her attraction to people with schizophrenia. Her writings reveal pieces of her past growing up in New Zealand and then returning to New York, only to begin to understand her identity as a Jew.

Chris continues to explore her identity in light of her Jewishness and as a woman separate from her husband and Dick. She gives all of the letters to Dick while they are at a party. Chris asks him to read them and he agrees to do so. Dick does not respond to the letters in the way that Chris hopes, further isolating her. She remains angry and attracted to Dick, admitting that she continues to love him.

Sylvère reaches out to Dick to assist with Dick’s perception of Chris. Sylvère believes that what Chris has written could be considered a new literary form. Dick finally writes back, sending two letters: one to Sylvère and the other to Chris. Chris intercepts both letters and reads Sylvère’s letter first. When Chris opens the letter addressed to her, she finds that Dick has sent her a photocopy of the letter Dick wrote to Sylvère.

More summaries and resources for teaching or studying I Love Dick.