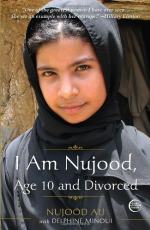 I Am Nujood, Age 10 and Divorced Summary & Study Guide

I Am Nujood, Age 10 and Divorced Summary & Study Guide Description

I Am Nujood, Age 10 and Divorced Summary & Study Guide includes comprehensive information and analysis to help you understand the book. This study guide contains the following sections:

This detailed literature summary also contains Topics for Discussion on I Am Nujood, Age 10 and Divorced by Nujood Ali.

I Am Nujood, Age 10 and Divorced was written by Nujood Ali with Delphine Minoui. It is the true story of a ten-year-old Yemeni girl named Nujood. The story takes place in a rustic village called Khardji, Yemen. Khardji is so small and remote that it does not make it onto most maps of the country.

Nujood was a fun-loving, free-spirited ten-year-old, who loved school and drawing with her colored pencils. Like any ten-year-old, she loved playing with her siblings and the neighborhood children. Then, Nujood is forced by her father to marry a thirty-year-old man whom she does not meet until after the marriage contract is signed.

Nujood’s mother had been forced into a marriage when she was sixteen and had given birth to sixteen children, some of whom died young or at birth. But the family had lots of mouths to feed and Ali, the father, supported his family with the livestock he raised. The family, who lived in a house without electricity, running water or a telephone, barely made ends meet.

When scandal hit his family, they were forced to leave the village and all their animals and possessions behind. They moved to the big city of Sana’a where their home life continued to deteriorate. After Ali lost his job sweeping streets, he began spending his days with other men in the neighborhood, chewing khat and gossiping about their neighbors. One of the men in the group, a thirty-year-old named Faez asked Ali to agree to a marriage between him and one of Ali’s daughters. Two of his older daughters were already married and ten-year-old Nujood was next in line. Ali readily agreed to the marriage. It would be one less mouth to feed. Ali met with the men in his family and everyone gave their consent for the union. Her mother was sympathetic but didn’t protest. In Yemen, the men decided everything. No one asked Nujood; her father just told her that she was getting married. Nujood was very naïve; she didn’t even know how babies were made. She also didn’t understand what marriage meant.

There were two marriage ceremonies – one for the women and one for the men – that were held after the marriage contract was signed by Ali and Faez’s family. It was after the marriage ceremonies that she first met her husband. She was sobbing and depressed when she was forced to travel back to her old village and leave her family behind. Although Faez had promised not to touch Nujood until after she matured, he violated her that first night and terrorized her every night for a month.

Nujood was a spirited young girl and thought of nothing but escape. On a visit back to Sana’a, she ran away to the courthouse and told the judges that she wanted a divorce. When they saw the tiny, young girl the judges couldn’t believe that she was a married woman. Nujood found support in the court system and from her lawyer who was an advocate of women’s rights. Nujood went through a horrid ordeal but finally won her freedom and was able to return to being a child. She was hailed as a heroine and became an inspiration to other abused young girls in the Middle East.