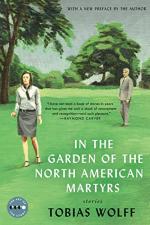 Hunters in the Snow Summary & Study Guide includes comprehensive information and analysis to help you understand the book. This study guide contains the following sections:

This detailed literature summary also contains Quotes and a Free Quiz on Hunters in the Snow by Tobias Wolff.

The following version of this story was used to create this study guide: Wolff, Tobias. “Hunters in the Snow.” Our Story Begins. New York: Alfred A. Knopf, 2008. Pages 20 – 35.

The story opens on a winter day in the city of Spokane, Washington. An overweight man called Tub is waiting by the side of a road holding a hunting rifle. An hour after the appointed time, his friends Frank and Kenny arrive in Kenny’s pickup truck, as they have all planned to go on a hunting trip together. They drive out of the city and towards a place in the woods to hunt deer. After two hours of hunting, they find nothing. They take a break for lunch. Tub eats a very small lunch, saying he is on a diet. Frank and Kenny make fun of Tub for being overweight. They continue hunting, and Frank and Kenny never slow their pace, even when Tub begins to lag behind. Eventually, the three of them find deer tracks that lead onto private farmland. They receive permission from the farmer to continue hunting the deer.

The tracks eventually become obscured, and the three men have no choice but to head back. Kenny is very angry. When they arrive back near the farmer’s house, Kenny begins to angrily fire his gun at various objects. He then shoots and kills the elderly, domesticated dog that is tied up on the property. In the next moment, it seems to Tub that Kenny is about to shoot him, so Tub shoots Kenny. The bullet strikes Kenny’s abdomen. Kenny, in pain, says that he was only joking and had never intended to shoot Tub. Tub and Frank go into the farmer’s house to use his phone. They learn that the farmer had asked Kenny to shoot the dog in order to euthanize it. Frank calls the hospital and learns that all of the ambulances are in use, so he and Tub will have to drive Kenny to the hospital themselves. Tub and Frank load Kenny into the bed of the truck. Tub tells Frank to stop making fun of his weight; Frank apologizes.

Frank and Tub begin driving Kenny towards the hospital. Because the windshield and heater are broken, the inside of the truck is very cold. Frank and Tub stop at a bar to warm up inside. While in the bar, Frank admits to Tub that he has been having an extramarital affair with the teenage girl who babysits his children. Frank says that he is in love with the girl and is considering leaving his wife. Tub is shocked but expresses his support for Frank. Frank and Tub continue driving. Tub realizes that he accidentally left the directions to the hospital in the bar, but Frank says that he remembers them well enough. Eventually, they stop at a roadside restaurant to warm up again. In the restaurant, Tub admits that he has been cheating on his diet. Frank expresses support and orders a large serving of pancakes for Tub to eat. They continue driving, believing that they are still on course to the hospital. However, at the end of the story, the narration states that they are actually very much off course.

Hunters in the Snow from BookRags. (c)2022 BookRags, Inc. All rights reserved.