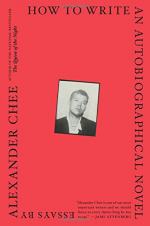 How to Write an Autobiographical Novel Summary & Study Guide

How to Write an Autobiographical Novel Summary & Study Guide Description

How to Write an Autobiographical Novel Summary & Study Guide includes comprehensive information and analysis to help you understand the book. This study guide contains the following sections:

This detailed literature summary also contains Topics for Discussion on How to Write an Autobiographical Novel by Alexander Chee.

The following version of the book was used to create this guide: Chee, Alexander. How to Write an Autobiographical Novel. Mariner, 2018.

In the earlier essays in Chee’s collection, the author recalls the feeling of being a misfit in various social settings, as he navigated personal tragedy, his homosexuality, and his status as an adolescent of mixed race descent growing up in small town Maine. In “The Curse,” he reflected on social belonging, and the surprising ease with which it arrived one summer on a student exchange program in Mexico, where Chee quickly gained fluency in Spanish and succeeded in convincing locals that he, too, was Mexican because of his unusual heritage, which had made him feel like an outcast in Maine. In “The Querent,” Chee recalled his youthful fantasy that he might have supernatural abilities, an appealing, if remote, possibility after he lost his father in a terrible car accident, when Chee was just 16.

In his third essay, “The Writing Life,” Chee remembered his early formative instruction in creative writing as an undergraduate at Wesleyan University, primarily from Annie Dillard. This essay inaugurated a new and consistent theme across the essays: an attention to literary process, and the utility of mentorship and a writer’s formal instruction.

In “1989,” Chee broadens the scope of his essays' subjects beyond his personal backstory and his education as a writer to include his growing social activism. “1989” recalls a brutal riot, in which police officers violently beat a group of demonstrators in San Francisco who were peacefully calling attention to the growing national AIDs crisis. During this same moment in Chee’s life, shortly after graduating college and living in San Francisco, he met and fell in love with a man named Peter Kelloran, an artist and gay rights activist, who later died young of AIDs. “After Peter,” Chee’s sixth essay, is an elegy for his lost friend.

“My Parade,” Chee’s seventh essay, also considered the utility of a writer’s formal instruction, and detailed some of Chee’s experiences at the Iowa Writer’s Workshop, a prestigious MFA program. After Chee graduated, he moved to New York, and, while working on his first novel, worked as a waiter and for an elite catering company, an experience that brought him into the personal orbit of William and Pat Buckley, famous conservative socialites, whom he surprisingly came to feel affection for. During this time, he lived in a garden apartment in Brooklyn, where he cultivated an expansive and beautiful rose garden, the subject of his essay, “The Rosary." He likened the patient cultivation of the garden to that of writing a novel. He also wrote about what it was like to draft a novel more directly in several of his later essays, including “100 Things About Writing a Novel” (which took the form of a list of reflections) and “The Autobiography of my Novel.” In that latter essay, Chee explained his process of writing Edinburgh, his first novel, from the inception of the plot (which was based on an experience of childhood sexual assault, which Chee first alluded to in “After Peter”) to its critical acclaim after being published by a small press. In “The Guardians,” Chee recalls that assault from his choir instructor at the age of 12 in greater detail, as well as his attempts to come to terms with it in his later life, considering especially the way that writing an autobiographical novel helped him negotiate his memories in a substantive and beneficial way.

In his final essays, Chee sums up a number of his primary thematic concerns. In “How to Write an Autobiographical Novel,” the essay from which his collection takes its title, he offered a series of poetic instructions that also dwell on the porous line between fact and fiction, and the line between an artist’s lived experience and his art. And, in “On Becoming an American Writer,” Chee's final essay, the author grappled with two instances of tragedy in America, and reflected on the personal and political utility of writing essays and fiction, considering such work a way to offer “a ticket to escape, not from the truth, but into it” (274-275).

How to Write an Autobiographical Novel from BookRags. (c)2022 BookRags, Inc. All rights reserved.