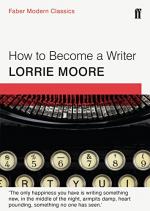 How to Become a Writer Summary & Study Guide

Lorrie Moore
This Study Guide consists of approximately 22 pages of chapter summaries, quotes, character analysis, themes, and more - everything you need to sharpen your knowledge of How to Become a Writer.

How to Become a Writer Summary & Study Guide Description

How to Become a Writer Summary & Study Guide includes comprehensive information and analysis to help you understand the book. This study guide contains the following sections:

This detailed literature summary also contains Quotes and a Free Quiz on How to Become a Writer by Lorrie Moore.

The story is written in the second-person imperative mode and follows a young woman named Francie. At the beginning of the story, Francie is in high school and has given up on various lofty ambitions from her earlier years. She has taken an interest in writing poems, but her highly practical mother, seeing no point in writing or literature, shows Francie no support. Francie’s brother is serving in the Vietnam War, and her parents’ marriage is growing unstable due to potential infidelities committed by Francie’s father. Francie begins writing fiction, and although her high school English teacher praises her prose, he remarks that she does not seem to have any sense of plot. Francie babysits to make money, and she likes to tell the children stories about adults dying in ridiculous and unlikely ways.

Francie enrolls in college as a child psychology major. After mistakenly being enrolled in a creative writing course, she decides to keep the class in her schedule. She writes stories about adult couples being killed or injured in bizarre and unlikely ways. Her professor praises her prose style, but her classmates and her professor both state that she does not have a firm grasp of any type of plot progression. Nonetheless, Francie continues to enroll in writing seminars in following semesters, and she begins to focus more on writing than on classes for her major. She does not know why she feels so compelled to write, but she often finds the process exhilarating, even though her classmates consistently dislike her stories. While Francie is in college, her brother loses half of a leg in combat and is discharged from the military. Also, Franie’s parents divorce, and Francie loses her virginity. Francie tries to draw inspiration from all of these events, but she finds that she can only do so regarding her parents’ divorce; she wrtes another story about an adult couple suffering a ludicrous death.

Francie eventually switches her major to be more focused on writing and literature. One day, her mother visits her at college and gives her a book entitled How to become a Business Executive. Francie insists that writing is what she enjoys most, but her mother still does not seem to fully accept this idea. At the end of college, Francie applies to law school, but she then decides that she does not want to go to law school. She begins to take writing class and to work in various unfulfilling jobs. She works on writing a novel in her spare time. She eventually quits her jobs and classes to have some time to herself. She feels somewhat directionless and discouraged, although she still desires to pursue writing.

More summaries and resources for teaching or studying How to Become a Writer.

How to Become a Writer from BookRags. (c)2022 BookRags, Inc. All rights reserved.