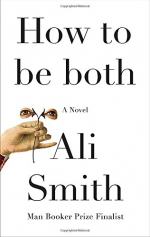 How to Be Both Summary & Study Guide

Ali Smith
This Study Guide consists of approximately 35 pages of chapter summaries, quotes, character analysis, themes, and more - everything you need to sharpen your knowledge of How to Be Both.

How to Be Both Summary & Study Guide Description

How to Be Both Summary & Study Guide includes comprehensive information and analysis to help you understand the book. This study guide contains the following sections:

This detailed literature summary also contains Quotes and a Free Quiz on How to Be Both by Ali Smith.

Note: Due to the structure of this novel, this study guide is divided into sections according to page numbers. This study guide specifically refers to the October 2015 First Anchor Books Edition paperback.

When the novel begins, it is New Year’s Eve. Georgie is reflecting on the death of her mother the previous September, and thinks back to the last major trip she and her mother took, to Italy. There, her mother wanted to visit the Ferraro Palazzo in order to see the frescoes painted by Fifteenth Century Renaissance artist, Francesco del Cossa. Georgie could care less about art, history, or anything else at the time, but her recollections of the trip awaken a sense of interest in art and history. Georgie considers things that her mother had told her, about how important history is, and how history is never truly gone.

Georgie finds it difficult to believe that something can be both gone, and not gone. She also finds it difficult that her mother could both have lived, and now not be living. She begins to wonder about death in general, and whether or not people who die keep their memories. Everyone but Georgie’s friend Helena tells her that people do not keep their memories. Georgie begins researching Cossa, seeking to learn more about him and his artwork, which has come to fascinate her like it did her mother. Things in Cossa’s paintings – such as stone transforming into water – are what fascinate Georgie so much. It is the idea that something can be both things at once.

It is then that Francesco’s half of the novel begins. He is called down from Heaven to exist in modern London, drawing near Georgie. At first, Francesco considers that he has been sent to Purgatory for having once painted Christ as older than His 33 years of age, but realizes soon this is not the case. He recognizes that there is something important about Georgie that he has been meant to understand. As he seeks to understand her, his own memories come alive.

Francesco’s artistic talent was fostered by his father and his mother. His mother, especially, charged Francesco with seeing the world beyond its surface. Francesco grows to understand not only things, but their essences – their true natures. Something has both an appearance, and a true nature – things which both exist at once. Because he puts such emotion and understanding into his art, Francesco’s career thrives. His greatest moment is when he is called upon to paint a frescoe in the Ferraro Palazzo for the Duke Borse.

Francesco cannot remember certain things, such as how he died. But over time he slowly comes to recognize that Georgie is very similar to himself through his memories. She has come to be able to sense the world in a far deeper way than she did before because of her mother. She has become something of a photographer, taking up the mantle of art. And she recognizes that things can both be and not be. Francesco is then recalled to Heaven.

More summaries and resources for teaching or studying How to Be Both.

How to Be Both from BookRags. (c)2022 BookRags, Inc. All rights reserved.