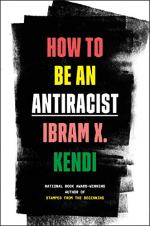 How to Be an Antiracist Summary & Study Guide

Ibram X. Kendi
This Study Guide consists of approximately 48 pages of chapter summaries, quotes, character analysis, themes, and more - everything you need to sharpen your knowledge of How to Be an Antiracist.

How to Be an Antiracist Summary & Study Guide Description

How to Be an Antiracist Summary & Study Guide includes comprehensive information and analysis to help you understand the book. This study guide contains the following sections:

This detailed literature summary also contains Topics for Discussion on How to Be an Antiracist by Ibram X. Kendi.

The following version of this book was used to create this study guide: Kendi, Ibram X. How to Be an Antiracist. New York: One World, Penguin Random House, 2019.

How to Be an Antiracist is a combination academic treatise and memoir in which the author, Ibram X. Kendi, considers the different forms of racism in society and how we can best eliminate them, while also sharing his personal experiences with racism.

In the introduction, Kendi recalls winning an oratorical contest in high school in which he spoke about Black youth failing to live up to the standard of excellence demonstrated by Martin Luther King Jr. In retrospect, Kendi is embarrassed for using stereotypes about his peers, and for shaming them. He explains that the opposite of “racist” is not “not racist,” but “antiracist” (9), a term he uses to refer to those who speak or act in ways that advance racial equity in society.

In Chapters 1-3, Kendi narrates his parents' early relationship in 1970s New York, where they were both students and Black liberationists. After they married and settled down into their respective careers, however, they became assimilationists, meaning they believed Black people could and should integrate into White society and prove themselves equal through hard work and impeccable moral conduct. Kendi introduces W.E.B. Du Bois' idea of the dueling (or double) consciousness, in which Black people are torn between feeling racial pride and feeling the need to conform, to be accepted by White people. Kendi notes that the concept of race was invented by the biographer of Portuguese prince Henry the Navigator in the 15th century as a means of legitimizing the earliest iteration of the slave trade.

In Chapters 4-8, Kendi outlines some of the most common forms of racism, their origins, their effects, and his experiences with them. He begins with biological racism, the belief that the different races are biologically different, and that there is a resulting hierarchy in which (usually) White people are superior. Then there is ethnic racism, which is the belief that people of different ethnic origins are different from one another. Many people believe, for example, that African immigrants are more intelligent and hard-working than African Americans, though in reality they usually just have better resources. Bodily racism most commonly suggests that Black people are more physically dominant, violent, and threatening. This belief means that African Americans are much more likely to be the victims of police brutality. Kendi notes that even he believed this stereotype, and it caused him to feel unsafe in his neighborhood and at his high school. Cultural racism is the belief that Black culture is inferior, and even deviant. Hip hop culture in particular is singled out for scorn. Kendi asserts that behavioral racism can be traced back to slavery, when people from different parts of Africa were evaluated and ranked based on their worth to slave traders. Stereotypes related to behavioral racism caused Kendi to believe his race contributed to his poor performance as a student in high school.

In Chapters 9-11, Kendi narrates his experience at Florida A&M, where he attended undergrad, and then Temple University, where he attended graduate school (graduating with a doctorate in African American studies). He explains colorism, a form of discrimination among people of color in which those with lighter skin tones are valued more than those with darker skin (another phenomenon that dates back to slavery). He goes on to say that, while some race activists/thinkers believe it is impossible for people of color to be racist because of the lower status they hold in society, he does not agree. He uses the belief system of Nation of Islam founder Elijah Muhammad (who declared that white people were descended from demons) as proof that Black people can be racist against White people. Furthermore, to make this claim is to absolve Black people who do have power, including judges, congresspersons, police officers, and many others, who act against the interests of their race. He names Supreme Court Justice Clarence Thomas and Ohio secretary of state Ken Blackwell as examples.

In Chapter 12, Kendi asserts that racism and capitalism are inextricably linked, because capitalism came about as an extension of the slave trade. In Chapters 13-15, he continues to narrate his time at Temple University, arguing in favor of Black-only spaces like historically Black colleges and universities, and explaining how his classmates educated him about issues related to gender and sexuality. In Chapters 16-17, Kendi discusses successful and unsuccessful means of creating meaningful antiracist change. He states that he prefers not to use terms like institutional or structural racism, because they mask the reality that individual racists create the policies that cause society-wide racism. These individual racists and their policies need to be challenged directly by antiracists, who can protest and vote them out.

In Chapter 18, Kendi recalls founding the Antiracist Research and Policy Center in Washington D.C., and shortly thereafter, surviving a battle with stage 4 colon cancer. He compares racism to cancer, and reiterates that eradicating it will require a commitment of time, resources, energy, and perhaps most importantly, hope.

More summaries and resources for teaching or studying How to Be an Antiracist.

How to Be an Antiracist from BookRags. (c)2022 BookRags, Inc. All rights reserved.