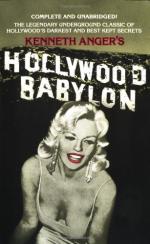 Charles Spencer Chaplin (1889 - 1977) was an English actor, producer, director, musician, and savvy businessman. Chaplin was one of the biggest stars in the silent film era, becoming known for his role as the "Tramp."

The son of entertainers, some say that Chaplin was born with show biz in his blood. Chaplin eventually moved to Hollywood where he took the film industry by storm. The comic delved into the world of film, focusing his talents in every area from scriptwriting to acting, directing, and production. As the industry grew, so did the control asserted by the studios. Chaplin could not work without full creative control. In 1919, Chaplin joined colleagues DW Griffith, Mary Pickford and Douglas Fairbanks to create United Artists.

The biggest shock to Hollywood during the 1920s was the invention of the Talkie. Chaplin was one to hold out on creating a film with dialogue. Finally...