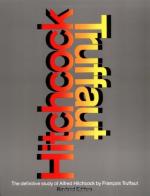 This detailed literature summary also contains Topics for Discussion and a Free Quiz on HITCHCOCK by Helen G. Scott.

"Hitchcock" by François Truffaut is a series of interviews between Truffaut and Alfred Hitchcock, which took place during a 50-hour period in the mid 1960s. The book's first printing was in 1967, almost a decade before Hitchcock stopped making films. Truffaut is a former film critic and a cinematic expert, making the author an outstanding choice to interview the Master of Suspense.

There are some basic details about Hitchcock, from his birthplace to a general outline of his education and foray into the movie business. The reader receives enough information to move forward throughout the majority of the director's career.

The entire work is transcribed from the interview conducted by Truffaut, with almost no corresponding references. The conversations between the author and subject are quite detailed without being laborious or boring. As a film critic, Truffaut understands fully the body of Hitchcock's work, almost to the level of being an expert on the films that spanned the director's career, beginning in 1927.

Hitchcock details how he became involved in working on silent films as a part of his job at the Henley Telegraph Company in London, where he had been hired to work as a specialist with electrical cables, related to his education as an engineer. The foray into directing was not planned but rather something that Hitchcock seemed to fall into on the suggestion of a director at the local studio where Hitchcock had gained employment.

Working on silent films was a joy for Hitchcock, who was assigned to create the titles relaying the actor's dialogue. Hitchcock reveals some trade secrets throughout the book, starting with the fact that the titles did not often match the actual dialogue, especially if the actual dialogue that was written for the actors was particularly bad. The director confesses that many films were made into successes by this method.

All of Hitchcock's films are discussed, starting with his first film, "Woman to Woman," which was shot in 1927 at a new studio in Islington, UK. Hitchcock reveals how he learned the skills necessary to create a dramatic and well-crafted film, with close attention being paid to the cinematic value of the work.

The director discusses working with his future wife as well as the various stars and studios. Readers may be surprised to learn that the director's work was often steered by the demands of the studio as well as the stars. In the early days of film, the studios owned the stars and were very careful of their reputations and overall image. For this reason, Hitchcock was often forced to change a screenplay or the way a film was shot so that a famous leading man would not be portrayed as a murderer or other similar circumstances.

Hitchcock has anecdotes about several of the films, both humorous and interesting.

All of Hitchcock's films are recalled, some in more detail than others. Among the director's most famous films are "Psycho," "Vertigo," North by Northwest," "The Birds," "Marnie, "Strangers on a Train," and "Dial M for Murder."