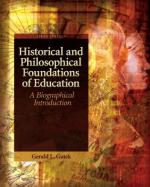 Historical context of Jane Addams (1860-1935) was during the United States transformation from predominantly agricultural to an urban, industrial nation with serious policy issues. Larger cities like Chicago had rapid growth from industrialization and immigration after 1890. By 1910, Chicago had two and a quarter million residents and seventy-five percent were foreign-born, living in urban ghettos like "Little Italy" or "Chinatown" that did not assimilate to American culture. Jane's education biography begins in Cedarville, Illinois with the Addams family's seven children. Her mother's death when she was 2 years old made Jane socially reserved. She attended a strict, religious women's college to study classics and was elected class president. She entered medical school but disliked it and returned...