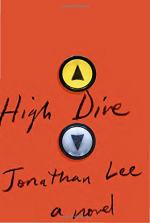 This detailed literature summary also contains Quotes and a Free Quiz on High Dive: A Novel by Jonathan Lee.

The following version of this book was used to create this study guide: Jonathan Lee. High Dive. Alfred A. Knopf. First American Edition, 2016.

High Dive is a heavily-fictionalized character-driven historical novel by Jonathan Lee about the 1984 Brighton Grand Hotel terrorist bombing. The novel follows the lives of three fictional characters who become central to the plot as it unfolds against an authentic historical backdrop.

Readers first meet Dan who is initiated into a pro-Irish independence terrorist group. Dan’s own father was killed during a protest that turned into a riot some years before when he was hit in the head with a brick, and law enforcement refused to intervene to save him. Now, Dan seeks revenge and independence against the British government now led by the Conservative Party under Prime Minister Margaret Thatcher. Dan becomes obsessed with Irish independence at any cost, and while he does not like killing non-combatants (people other than soldiers, policemen, or politicians) he is willing to do it when convinced by group boss Dawson McCartland. Dan’s mother protests his involvement in terrorism, but Dan will not hear anything of it.

Dan goes on to impersonate an Englishman named Roy Walsh to take a room at the Grand Hotel so an associate named Patrick can arrive later with bomb materials to create a delayed explosive. Dan is checked in by 18-year-old Freya Finch, a pretty, intelligent girl who becomes the second major character of the novel. Freya has a difficult relationship with her estranged, remarried mother who lives in America, and wonders what she herself will do in life. She would like to travel, but is not sure about attending college. She wants to get to know Dan (as Roy), but Dan pays her no mind. Instead, she enters a relationship with a hotel worker named John, who in turn ditches her for another girl. Freya is heartbroken, and tries to get on by focusing on the coming Conservative Party Conference to be hosted at the Grand.

Freya is the daughter of Philip “Moose” Finch, the Deputy General Manager of the hotel. Kind, well-respected, and well-liked, Moose is thrilled the Grand is set to host Thatcher and the Conservative Party Conference. Moose has a heart attack, but recovers quickly enough to oversee the Conference. At the same time, Freya and Moose are encouraged to become closer as father and daughter by fellow coworker Marina, and it is Marina who helps Freya move beyond her broken heart with gentle words of encouragement. The delayed bomb planted by Dan at the hotel kills several people and injures countless more when it goes off, but it does not kill Thatcher. Because of this, even her political opponents cheer for her safety, and the case for Irish independence becomes more difficult. Among the dead is Moose. Freya is devastated by this. Dan’s own mother is horrified at what Dan has done, and Dan’s only response is to backhand her.