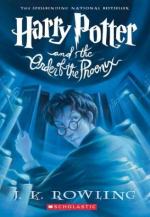 Chapter 1 opens with Harry Potter once again in the suburban home of his Aunt Petunia and Uncle Vernon in Little Whinging, Surry. Harry is attempting to listen to the evening broadcast by hiding in the garden in a flowerbed that is directly below the window of the living room. As he listens, he is relieved because there is no news of terrible destruction or any other catastrophe that might be attributed to an evil magical wizard, Lord Voldemort.

As he hides under the window, there is a loud crack that cuts through the area. Shocked, Harry jumps up and in doing so, hits his head on the window, revealing his presence to his Aunt and Uncle. He goes out to discover the source of the crack, convinced that it was done by a wizard apparating or disapparating.

In his wanderings, Harry finally ends up at the...

(read more from the Chapters 1–2 Summary)

Harry Potter and the Order of the Phoenix from BookRags. (c)2023 BookRags, Inc. All rights reserved.