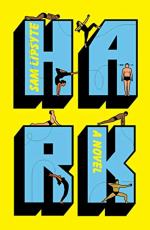 Mental archery symbolizes both the folly and utility of belief. Mental archery is a vague and essential self-help system, but it does seem to give some of the characters solace in moments of great tribulation. The novel uses mental archery as a platform by which to both satirize and honor dynamics of belief.

Fraz and Tovah’s marriage symbolizes both the challenges and rewards of long-term romantic partnership. In the novel, their relationship is mostly characterized by deepening dysfunction, but they also show potential for mutual love and support. The novel thereby provides a complex portrait of the nature of marriage.

Money symbolizes the inherent disparities and inequities crated between people under an unjust capitalist system. One of the reasons that Hark accepts almost all offers of funding is that he does not want to compromise his personal principles...