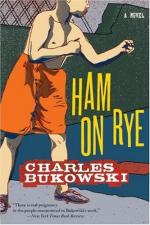 Where Henry and his family live after coming to America.

Where Henry gets treatment for his boils.

Where Henry was scheduled to go to high school. He doesn't because his father wants him to attend the more influential Chelsey.

Where Henry attends and where most of the students are wealthy. Henry's father wants him to go there so that the attitudes of the rich will rub off on him, making him yearn for a successful life of his own.

The company that hires Henry right after graduation. Henry notes that he has no idea how he got the job because there were many applicants.

Where Henry enrolls after losing his job at Mears-Starbuck.