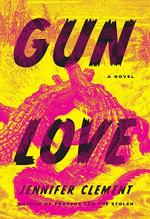 The novel is told in first-person past from the perspective of Pearl, the 14-year-old narrator. It is broken up into three distinct parts. The first section depicts Pearl’s life with her mother, Margot. The small family lives in a car parked in the visitor’s lot of a trailer park in rural Florida. Pearl starts the story off by saying that her sweet, optimistic mother met a bad man named Eli and that he ruined her life when she fell in love with him.

Before Eli, Pearl and her mother had lived harmoniously in their car for the entirety of Pearl’s life. Margot had grown up in a mansion, the only daughter of a wealthy family. She studied French and ballet, and she practiced the piano with her private tutor, Mr. Rodrigo. She got pregnant when she was seventeen, gave birth to the child in her bathtub, and then ran away. She only expected to stay at the trailer park for a few months, but she ended up never leaving. She got a job at a veteran’s hospital as a janitor and forged a birth certificate for Pearl so that she could go to school, though she warned her not to get too close to anyone lest they find out about Pearl’s living situation and contact CPS. Margot was an extremely empathetic woman, and her kindness often let her to getting mixed up with troubled people. Once, she let a runaway teenage boy stay in their car with them. She called him Mr. Don’t Come Back and told him that she had left her home as a teenager because her father had been abusive.

Pearl’s best friend was a girl named April May who lived in the trailer park. April May always dared Pearl to do risky stunts, and Pearl always complied. The girls liked to smoke cigarettes, and Pearl would steal cigarettes from the three other occupied trailers in the park so that they could smoke them down by the river. One of the trailers was occupied by Pastor Rex, who was infatuated with Margot. He was a Protestant preacher that had started a program called Guns for God in which he bought guns to, he claimed, get them off the street. One day when she knew he was out, Pearl snuck into his trailer to steal a cigarette and ran into his friend Eli, naked and holding a shotgun. Pearl ran away and hid in her car. She went to church with April May and Pastor Rex introduced his friend Eli to the congregation. He claimed that he had lost his family and had fallen on tough times.

The next morning, Pearl and her mother went to the communal bathrooms in the morning. Pearl went inside to wash her face first, and when she came out Eli was pushing her mother on the swing set. Margot and Eli began spending all of their time together in the car, and Pearl had to find somewhere else to be. Sometimes she would play with April May, but most days she would end up sitting outside by herself. One day, Pearl came home from school and saw her mother talking to the police. She was in her pajamas and had forgotten to go to work. The police were going to call CPS, but April May’s father, an Iraq vet with a gun, came out and threatened them away. Margot stopped going to work and started selling all of her belongings. Eli gave Margot a gun to keep in the car. Pearl and April May got into a fight about Eli and stopped talking. Pearl started sneaking into an abandoned trailer, but soon someone started to fill it with guns. Corazon, a woman who lived in the trailer park, came in and found Pearl, then told her that she could not be there and took her home with her. Pearl started spending all of her time with Corazon, who spent her days cleaning guns for her husband, Ray, and listening to her favorite singer, Selena. Pastor Rex got a piano for his church and Margot went to play it so that Pearl got to hear her for the first time in her life. The next day, Pearl went to school, and when she came back she learned that her mother had been shot.

In Part Two, Pearl explained that Noelle, a woman who lived in the trailer park, had come to pick her up from school and told her that her mother had been shot by Mr. Don’t Come Back who had come back to buy a gun from Eli, who agreed to give him a gun in exchange for his belt. When Margot walked past the deal on her way to the bathrooms, Mr. Don’t Come Back had shot her in a senseless crime. A CPS agent told Pearl to pack her things. Pearl took her clothes, the gun, and her grandmother’s wedding dress. The CPS agent took her to the house of Mr. Brodsky, a kind old man with two other foster children: Leo and Helen. Pearl fell in love with Leo, and together they all spent a peaceful few weeks. But Mr. Brodsky was turning eighty in a few months and all of the children would be sent to new foster homes. Corazon showed up at the house in a manic fit and told Pearl that she had left Ray and that she wanted to take her to Texas with her so that they could see Selena’s grave. Pearl agreed, but first she wanted to marry Leo in a ceremony performed by Corazon. Leo and Corazon agreed, and Pearl cut up her grandmother’s wedding dress so that she could wear it. The next day, Pearl and Corazon left on a Greyhound bus bound for Texas.

In Part Three, Corazon told Pearl that she had stolen jewelry from Mr. Brodsky and that Ray had called her and told her that he wanted her to meet some of his associates and pick up some bags for him. Corazon and Pearl met the men and they loaded up four bags full of guns onto the bus. When they got to Corpus Christi, more of Ray’s associates picked up the bags for them and then they went to see Serena’s gravesite. After that, they went to a hotel in order to meet Ray. Pearl got her own room, unpacked and put her gun under her pillow, but she wanted a cigarette so she went into Corazon’s room and saw that it was full of guns. She confessed that she, Ray, Pastor Rex, and Eli had to flee because the police had uncovered their gun-smuggling scheme after Margot’s death. Pearl went back to her room and went to sleep. That night, Eli knocked on her door and approached her bed. She took out her gun and pointed it at him. He asked her for mercy and tried to distract her by telling her that Mr. Rodrigo was her father, but she shot him. Corazon helped her clean up the hotel room and then she and Ray smuggled Pearl into Mexico with them.