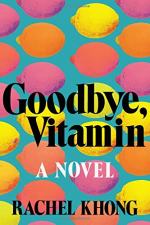 The aluminum cooking pots and pans are a symbol for the guilt that Annie in particular feels for causing Howard's dementia. Khong references aluminum several times throughout the course of the novel, each time in reference to Howard's deteriorating state. While Annie knows that it is not the aluminum itself that caused him to get Alzheimer's, she is in need of some sort of scapegoat to place the blame. Her refusal to cook in aluminum pots and pans altogether illuminates her complicated feelings of both guilt and anger toward Howard.

Howard's patio is symbolic of his desire to put the pieces of his old life back together. Picking up a project that he had left dormant for many years shows not only his commitment to stay sharp, but his subconscious desire to fix his family that he tore apart through his lying, drinking, and...