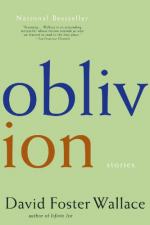 David Foster Wallace
This Study Guide consists of approximately 26 pages of chapter summaries, quotes, character analysis, themes, and more - everything you need to sharpen your knowledge of Good Old Neon.

The narrator, Neal, narrates this story from the afterlife. Neal claims that he has been a fraud his entire life. He says that although he was consistently successful throughout his life, he was solely motivated by the desire to be admired and approved of by others, rather than being motivated by any sense of enjoyment or self-improvement. This sense of fraudulence, as well as fear that he would someday fail and lose all admiration, caused him immense unhappiness. As an adult, he worked as a creative associate at an advertising firm. At about the age of 30, he decided to go to psychotherapy in the hopes that it could help him escape his habitual fraudulence. However, he soon concluded that the therapist, Dr. Gustafson, was not skilled or intelligent enough to help him. Even when Neal directly admitted his problem of fraudulence to Gustafson, that admission quickly became simply another part of the fraudulent charade that Neal played with everyone in order to gain their approval.

Neal exposits upon several anecdotes of his personal fraudulence. He says that he used to enjoy little league baseball as a child, but he soon became too obsessed with performing well in order to enjoy the sport. One time, as an adult, he joined a church in order to find a sense of deeper fulfillment, but he soon became obsessed simply with appearing devout rather than actually trying to focus on any possible spiritual aspects of the church. He also points to his work, advertising, as an inherently fraudulent and manipulative area of his life. Neal recalls a meditation class he took in hopes of finding serenity. However, instead of actually practicing meditation, he focused solely on appearing serene and meditative. He suspected that the instructor saw through this fraudulence. He wanted to ask the instructor for help overcoming his fraudulence, but he was too afraid to do so.

One compelling idea that Gustafson introduced to Neal was the idea that at any given time, a person exists either in a state of love or a state of fear. Neal began to consider the idea that his problems were possibly rooted in an inability to love. However, when he was watching a rerun of a popular sitcom, one of the characters made a joke specifically at the expense of people in therapy who struggle with the inability to love. Feeling shame, embarrassment, and despair, Neal decided to kill himself. He wrote letters to his friends, family, and colleagues, and then he purposely crashed his car. Neal states that in death, one exists in a state of perfect self-expression and mutual understanding with others, and thus he no longer has any need to be fraudulent, as there is nothing to hide. He then states that when, David Wallace, a former classmate of his, heard about his suicide, Wallace was baffled by it, as he had always thought of Neal as successful and fulfilled.