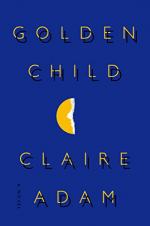 Claire Adam
This Study Guide consists of approximately 35 pages of chapter summaries, quotes, character analysis, themes, and more - everything you need to sharpen your knowledge of Golden Child.

This detailed literature summary also contains Quotes and a Free Quiz on Golden Child: A Novel by Claire Adam.

The following version of this book was used to create this study guide: Adam, Claire. Golden Child. New York: SJP for Hogarth, 2019.

The novel takes place in a somewhat rural village near the city of Port of Spain, Trinidad. Clyde is a Trinidadian man who is married to a Trinidadian woman named Joy. Clyde makes a modest living as a manual laborer. One day, Joy gives birth to twin sons, Peter and Paul. Paul does not receive entirely sufficient oxygen during the birthing process, and Clyde and Joy fear that there will be medical repercussions. Joy’s wealthy uncle, Vishnu, freely offers to help pay for the twins’ childcare expenses.

As the twins grow older, it soon becomes clear that Peter is quite intelligent, while Paul is somewhat eccentric and struggles in school. One day, Clyde, Joy, and the twins go on vacation with Joy’s other uncle, Philip, who is a well-known and morally upright judge. Philip has been assigned to preside over the trial of a powerful criminal leader. A security detail has been assigned to protect Philip. However, it soon becomes evident that the security guards may actually be dangerous spies working for the criminal leader. Fortunately, neither Philip nor any of the other family members are ultimately harmed by the guards.

When Peter and Paul are nine years old, they take a countrywide academic exam. Peter receives the highest score in the country, while Paul does poorly. Peter is admitted to a high-quality private school—a Catholic school called St. Saviour’s. Clyde and Joy do not wish for Peter and Paul to attend different schools, so Clyde talks to the principal and convinces him to allow Paul to attend the school as well. Paul continues to struggle in school. However, one of the teachers—a priest called Father Kavanagh—becomes determined to help Paul by giving him extra lessons. One day, during a conversation between Clyde and Kavanagh, Clyde tells Kavanagh that before Joy’s uncle Vishnu died, he left a large amount of money to be used for Peter’s education. Clyde keeps the money as secret as possible because otherwise, the family could become a target for criminals.

One day, when the twins are 13 years old, a group of armed robbers breaks in to the family’s house. Paul tries to stand up to the robbers. The robbers fortunately do not hurt any of the family, but they do steal many of the family’ valuable before leaving. Clyde reprimands Paul for risking his life so foolishly. The next day, Paul is still angry for being reprimanded. He goes on a walk by himself and fantasizes about living on his own. He is then suddenly kidnapped by two men whom he has never seen before. The men bring him to a remote, abandoned house and keep him locked in a cage. A man then calls Clyde on the phone and demands $250,000 for Paul’s ransom. It becomes clear that Joy’s brother Romesh told the criminals about Peter’s education fund and helped to set up the ransom scheme so that Romesh could take some of the money for himself.

In order to meet the ransom amount, Clyde would have to use Peter’s education fund. Clyde, not wanting to sacrifice Peter’s education, sells his house and gives that money to the criminals. However, the amount is only one-fifth the demanded amount. The criminals then kill Paul. Over the following years, Peter does not need the education fund, as he receives many scholarships. At the age of 18, Peter receives a full scholarship to go to Harvard University.

More summaries and resources for teaching or studying Golden Child: A Novel.