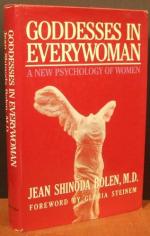 This goddess was the first born of a set of twins. Unlike other babies, however, once she was born she immediately helped her mother. Artemis is midwife for her mother to her own brother, the god Apollo, who was born nine days and nights later. Her mother was not married, or at least, Leto was not married to the father of Artemis and Apollo, the twins.

Their father was Zeus. What made it tricky was that Zeus was married, but not to Leto, from prior to their conception to after the birth of the children.

Zeus offered Artemis whatever she wanted. She asked for bows and arrows, for a short tunic well suited to running. She asked to be sovereign in wild forests. She requested a group of nymphs (other girls) for companions, and hunting...