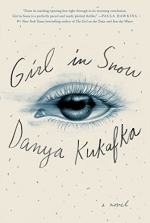 Kukafka, Danya
This Study Guide consists of approximately 69 pages of chapter summaries, quotes, character analysis, themes, and more - everything you need to sharpen your knowledge of Girl in Snow.

This detailed literature summary also contains Quotes and a Free Quiz on Girl in Snow by Kukafka, Danya .

The following version of this book was used to create this study guide: Kukafka, Danya. Girl in Snow. Simon & Schuster, 2017. Kindle Edition.

The narrative begins with the news of Lucinda's death. Three people hear about it and have different reactions to it. One person is Cameron, a fifteen year old boy who liked to watch and draw Lucinda. He also loves her from afar. The police consider him to be a suspect because of the fact that people view him as a stalker. What makes matters worse is that his mother and even Cameron himself do not know whether he had something to do with her death as he was not home on that night.

The second person who hears the news, and the narrative follows, is Jade, who attends the same school as Cameron and Lucinda, but is jealous of Lucinda. Lucinda has dated Jade's estranged childhood friend and has taken away babysitting hours from her. Jade dislikes Lucinda so much that she has cast a spell wishing her away. When Lucinda dies, Jade feels so guilty that she begins to believe that Lucinda is trying to contact her from the dead and it is her job to find Lucinda’s murderer.

Jade has a good idea of where to start looking for clues as she has watched Cameron watching people in the neighborhood at night and she saw him follow Lucinda on the night of her death and then return. Her hunch that Cameron knows more than he is even willing to admit to himself turns out to be right. Cameron relives the night and tells Jade that the neighbor that she and Lucinda babysat for was having an affair with Lucinda, and he is the man who killed her.

They tell this to Russ, the third main character the narrative follows, who is called to the crime scene at the beginning of the narrative. Throughout the narrative, he has been trying to protect Cameron as he had promised Cameron’s father that he would watch him. Cameron’s father, Lee, is no longer in the town because he abandoned his family after assaulting the woman he was having an affair with. Russ had gotten rid of the evidence that would have convicted Lee because he loved him in a romantic sense. Russ is actually married to a woman named Ines. However, their relationship is not a loving one in the romantic sense as he rejects her culture and her ex-convict brother Ivan. Both are very important to her.

As the narrative progresses, each of these characters come to terms with issues in their lives that are keeping them from finding their identity and living an authentic life. This happens partly due to Jade’s interaction with their worlds. Cameron begins to live a more normal life as his mother’s boyfriend, his art teacher moves in with them. In addition, Russ spends time with him and tells him good things about his father. Jade lets go of her childhood friend and realizes that people change and the important thing is that they had the time that they had spent together and touched each other’s lives. Russ admits his feelings for Lee and comes to terms with who Lee was. In addition, he stops hiding behind things that he used to create an identity. He leaves the police force. Ines leaves him, but he does not let this stop him from moving forward.

More summaries and resources for teaching or studying Girl in Snow.